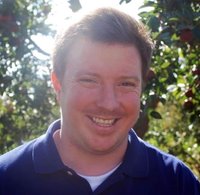 Mike was born on April 10, 1985 and raised in Manchester. He graduated in 2003 from East Catholic High School, where he was an all-conference goalie on the soccer team and a standout outfielder on the baseball team.  Mike received a bachelor’s degree in sociology from the College of the Holy Cross in 2007. He earned his law degree in 2011 from the evening division of the University of Connecticut School of Law, while working full time days at the Hartford Insurance Company.

Mike has been employed since 2017 as the Pro Bono Coordinator for Community Legal Aid in Worcester, Mass.  Since his days as a member of the Instructors of the Handicapped (IOH), Mike has been a passionate advocate for justice and the needs of underserved citizens and individuals with disabilities.  Prior to his employment with Community Legal Aid, Mike practiced law in Manchester for five years as an attorney with the law firm of Barry & Barrall.

Active in local and civic affairs, Mike served with dedication as a member of the Manchester Scholarship Foundation Board of Directors and the Manchester Democratic Town Committee.

Mike married Cathleen, his best friend and the love of his life, in 2015.  Besides his wife, he is survived by his parents, Richard and Kathleen Dyer of Manchester, a sister, Meghan Korn of West Hartford, and his brother and sister-in-law, Brian and Kaleen Dyer of Warwick, RI.

“Mikey” also leaves numerous beloved aunts, uncles, nieces, nephews, and cousins from the large Dyer and Devanney Families, as well as countless friends, all of whom cherished his unwavering loyalty and love.

Mike loved being in the company of his family and friends.  He never missed a family celebration or event, and he generously offered his advice and help to anyone, at any time.  A lover of all sports, Mike was a life-long and die-hard fan of the New York Yankees, UConn Basketball, and Notre Dame Football. He ran (?) at the Manchester Road Race since he was nine years old, and was exceptionally proud of his 26-year streak of consecutive Thanksgiving Day runs, as well as his completion of the New York City Half-Marathon.

A Mass of Christian Burial will be celebrated at 11:00 a.m. on Friday, June 12th.  The Mass will be streamed on the John F. Tierney Funeral Home Facebook page.  The Committal service will be held on Friday, June 12th at 12:30 pm at St. James Cemetery, 268 Broad Street Manchester, CT.  The John F. Tierney Funeral Home, Manchester has care of the arrangements.  Memorial contributions may be made to Manchester Road Race at Manchesterroadrace.com or MARC Inc. 151 Sheldon Road, Manchester, CT 06040.For online condolences please visit www.tierneyfuneralhome.com.