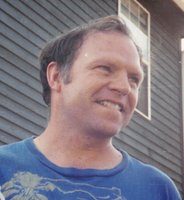 James A. Gabriel, Sr., 71, the husband of Christine M. (Wesnak) Gabriel passed peacefully Monday, September 14, 2020.  Born in Hartford, he was the son of the late Vincent and Ruth (Mochon) Gabriel and had lived in Manchester for many years.

Jim was an avid sports fan, particularly passionate for the Boston Red Sox.  In his spare time, he also enjoyed making puzzles and playing golf and cards through the Manchester Senior Center. Most of all he loved spending time with his family, especially being “Papa” to his grandchildren.

In addition to his wife, he is survived by his children James Gabriel, Jr. and his wife Deborah of Vernon, Tammy Chevrier and Scott Loos of Suffield, Todd Gabriel of East Hampton, Scott Gabriel of Manchester, and Ashley Hatch and her husband Josh of Avon; his grandchildren Chloe and Mackenzie Chevrier, Viviana Gabriel, and Greyson James and Peyton Hatch; his sisters, Wendy Gabriel of Glastonbury and Nelia Gibson of Florida; and numerous cousins, nieces and nephews.  He is predeceased by his two brothers, Richard and Vincent.