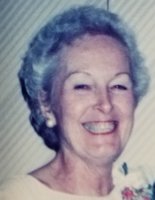 After WWII, visiting the Holyoke Veterans Club with her parents, she met Navy veteran John F. Barry whom she married on February 29th, 1949 and moved to Springfield, MA., raising their three children. Charlotte worked as secretary in the Springfield Probation Office.

In 1967, they moved to East Hartford, CT. where she was judge’s secretary at Manchester Superior Court, GA12, until her retirement in 1992.

Funeral arrangements at the John Tierney Funeral Home will be private. In lieu of flowers, memorial donations may be made in her honor to the Alzheimers Assoc.