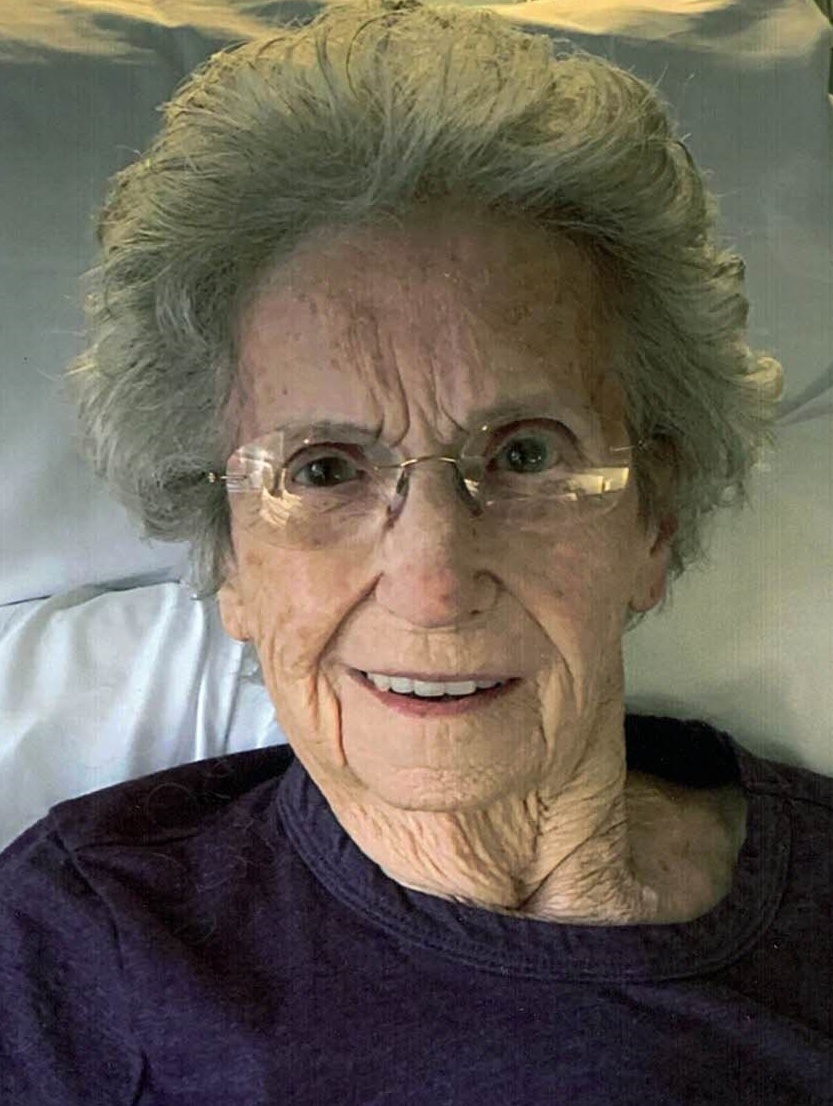 Fernande (Bergeron) Fontaine, 92 of Manchester passed away Tuesday March 16, 2021. She was born March 12, 1929 in Quebec, Canada daughter of the late Lucien and Juliette (Begin) Bergeron. Fern & Clement moved to the United States in 1964 and were married for over 57 years until his passing in August of 2005.

Fern, which is the American nick name she adopted when she came to the US, was born in a small town in Quebec, Canada named St. Edwidge. She was the second child of six children, 3 boys and 3 girls.  At the age of 14 she left home and became a nanny for several families until her marriage at the age of 19.  She married Clement Fontaine who was the patriarch of his family. She moved into his family home where she began her married life in St Malo Quebec, Canada.  She lived with her husband, mother-in-law, their disabled brother Joe and there little sister, Suzanne, who over time, she became a good friend.  Fern was not bounded by local tradition, she drove the family vehicle to town, she worked the farm like a farm hand, and was always ready to feed the farm hands that her husband hired to work the farm.

In 1964 her husband, who had always dreamed of living in the United States, decided to go and start a life for his family in the US.  Fernande told her husband, you go, we all go!

They organized an auction, sold the farm and drove with their kids and all their belongings to a 2nd floor apartment on Burton Street in Harford, CT.  You see, in Canada, they lived on hundreds of acres of land and were now restricted to a patch of land and an apartment.

In 1966, Fern and her sister-in-law Sharon, equipped with a French/English dictionary, went house shopping and the Fontaine Family settled in Manchester, CT on Lake Street with a wooded backyard that she knew was important to her husband.

Fern was known to have a lead foot which her son Ben and Daughter Diane inherited.  The three had a love for speed and friendly challenges at red lights.  It was most fun when Fern was driving Ben’s 442 or Diane’s Camaro.  Louise and Lucie in the back seat encouraging her to race them and Fern spinning the tires.

Fern could change the oil in her car, if she wanted, she built a sidewalk around her house while her husband was at an extended work week out of town.  She was a highly talented seamstress with perfection as her goal.  Louise and Lucie were often seen in matching outfits she had created. That artistic sense translated into a ceramic hobby equipped with her own kiln.  That is who Fern was, when she started something. She equipped herself with the right tools and supplies and set herself up for success.  She was the original DIY.

She decorated her house every year to the max for Christmas.  Welcomed her family with her rooster pot pie, sucre a crème, and her famous veggie dip.  When she could no longer decorate her home, her very good friend, like a daughter, Pauline, would come over and put out all her decorations and put them away after the season.  In the perfect order.

In 1975, the kids were old enough to fend for themselves, she sought work.  She wanted independence, she wanted to make her own money and found it at Union Carbine where she worked her way up to Quality Control Inspector.  She was so proud of this accomplishment and, as many of us would attest, with the numerous work stories she entertained us with.

When her husband became ill, she stayed home and cared for him till he passed in 2005.  Still full of energy, she embarked on a sewing career where she met people of other cultures she had never been introduced too.  She was very impressed with their traditions and their culture.  She got her inspiration to become an American Citizen in her 80’s.

Fern embraced her life in the US.  She created a beautiful home and kept the family traditions for her children to know and to follow.  Fern was a Christian woman and a prayer warrior.  She always told her family she was praying for them.  The date of her passing is 3-16.  John 3:16 For God so loved the world, that he gave his only son to die on the cross for our sins.  That whoever believes in him, shall not perish to hell but have ever lasting life in heaven.

Fern was a traditionalist, a pioneer and the soul of her family.  She is admired by her family and is missed by everyone.

The last months her life were spent in the caring hands of her care giver Ana who cared for her like a princess.

Funeral services will be private under the care of John F. Tierney Funeral Home, Manchester. Doors open at 9am, a service at 10:30 followed by the in East Cemetery, Manchester.