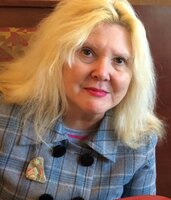 Linda is survived by her daughter, Rachael; her son, Noah; her grandson, Eliot; and her brother Scott. She was preceded in death by her parents, Hughey and Thelma Smith, and her brother, Gary.

Linda was born on December 30, 1951, in Manchester, CT. She had just celebrated her landmark birthday prior to passing, following a battle with cancer.

Linda enjoyed the natural beauty of our Earth and spent an extensive amount of time traveling in her twenties. She later returned to Manchester, CT, to live out her life near her family. Linda was incredibly proud of her children and family, and cherished her time with them. In her later years, Linda especially loved spending her days with her beloved companion, a Papillon named Papi.

No funeral or memorial service is planned. A small memorial with immediate family will be held at a later date. In lieu of flowers, please send donations to Papillon Rescue of the North East (PRONE).