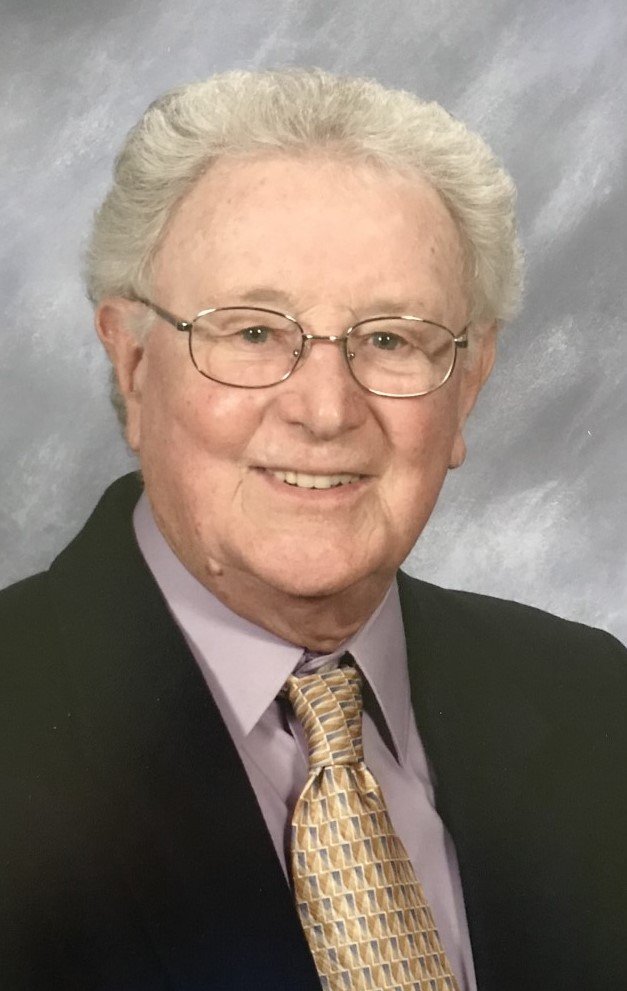 William J. Lennon, 96, after a long and fulfilling life, left this world on February 10, 2019 to be reunited with the only love of his life, his wife Alice to whom he was married nearly 50 years and has missed every day since her death.  Born in Manchester, he had also been a long-time resident of both Manchester and Vernon.  A licensed funeral director, he worked with local funeral homes including serving as the manager for the Watkins Funeral Home.  Bill served in the U.S. Navy during World War II seeing action in Saipan, Japan and the Pacific Theater.  He was a member of the Vernon Volunteer Fire Department Company 2, the Masonic Lodge #73 in Manchester for over 56 years, Kwanis and Civitans clubs of Manchester, the Manchester Senior Golf and Bowling leagues and a lifelong member of South United Methodist Church.  He is survived by his son Wayne Lennon and Katie Healy, his daughter Marsha Lennon-Bent and her husband Gordon, several grand-children, a great grand-child, his long-time friend Christine Quinn and life long family friends the Scranton Family.  Funeral services and burial will be private.  The John F. Tierney Funeral Home 219 West Center Street Manchester has care of the arrangements.  For online condolences please visit www.tierneyfuneralhome.com

Share Your Memory of
William
Upload Your Memory View All Memories
Be the first to upload a memory!
Share A Memory
Plant a Tree