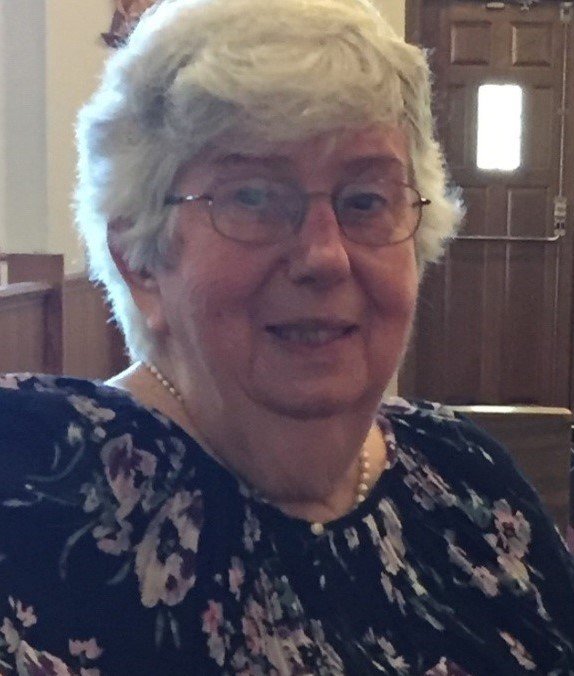 Mary Elizabeth (Schilling) Mumford passed away Monday morning, April 8th in Middlesex Hospital.  Mary was a sister, aunt and mother of eight, grandmother of 23, great-grandmother of 5, and friend, confidant, companion to many, many more.

She leaves her son William, his partner Trish King and his sons Nathaniel, Lee and Brian and his sons Joshua and Daniel; her son Charles; her son Robert and his wife Maureen Shaw and the Shaw-Mumford  children Fiona, Kate, Evan and his wife Jennifer and Trevor and his wife Kathryn Baker; her son Thomas and his wife Anna and their children Jakob, Elijah and Sonja, and his daughter Tara, her partner Jason Lohman  and their daughter Fiona, and his son Aaron, his wife Jackie, and their children Abigail and Wyatt; her son Michael and his daughters Brittany and Jaclyn and her husband Mitchell Forney; her son John, his fiancé Karen Wilkinson, and his children Derek, Lindsay and Jeremy; her daughter Carol Bagshaw and her children Ian and Kyra Beattie; and her daughter Nancy Bakos and her children Nicholas, Jeff, Madison and Ryan.  Mary also leaves her sisters Agnes Hebler and Roseann and her husband Christos Malakates, her brother August (Buddy) Schilling, her brother-in-law the Honorable William Bassler, and many, many nieces and nephews.

Mary was born on July 15, 1934, in Irvington, New Jersey.  The Schilling family settled in Atlantic Highlands, NJ.  She graduated from Red Bank Catholic High School in 1952, and married William W. Mumford Jr. on September 26, 1953, at St. James Church in Red Bank, New Jersey .  They moved several times between Ohio and Massachusetts, then to New Jersey and finally to Manchester, Connecticut in 1971.  All eight of their children graduated from Manchester High School.  A dedicated wife and mother, she was active in Church, school and youth sports, especially with the Eastern Connecticut Hockey Organization.  She was deeply religious and cared for everyone she met.  She was a member of the St. Maurice Parish community for over 40 years and absolutely loved the church.  She loved to bowl with her friends in a Friday league, was an excellent bridge player and teacher.  Mary enjoyed her children and their friends and her grandchildren and great-grandchildren.  She was devoted to her siblings and their children and always kept in touch with them all.

Health issues forced Mary to move to the Glastonbury Health Care Center in November 2017 after living with her daughter Carol for many years.  At GHCC, she led the reading of the rosary on Wednesdays, and was teaching bridge as well.  She made friends wherever she went, touching lives in subtle and loving ways, listening to and praying for others and never complaining about her condition.  Many are saddened by her passing, but we are all better for having known her.  Her thanks go to all who cared for her, who visited her and prayed and loved her.

Calling hours will be on Sunday, April 14, from 1:00 to 5:00pm, at the John F. Tierney Funeral Home at 219 West Center Street, Manchester, Connecticut. A funeral mass will be celebrated on Monday, April 15, at 11:00 am, at St. Maurice Church, 32 Hebron Road, Bolton, Connecticut.  Burial arrangements will be made by the family at a later date.

In lieu of flowers, the family requests donations are made to the 2019 Tour de Force charity bike ride for Fallen Law Enforcement Officers. The Tour de Force Memorial Ride participants raise funds for the families of law enforcement officers killed in the line of duty. Donations can be made online at https://grouprev.com/tdf2019ride-CarolBagshaw , or you can send a check, made out to “TDF NY” with “Carol Bagshaw” in the memo line, to Bob Mumford, 37 Kent Drive, Manchester, CT 06042. .  For online condolences, please visit www.tierneyfuneralhome.com

Share Your Memory of
Mary
Upload Your Memory View All Memories
Be the first to upload a memory!
Share A Memory
Plant a Tree