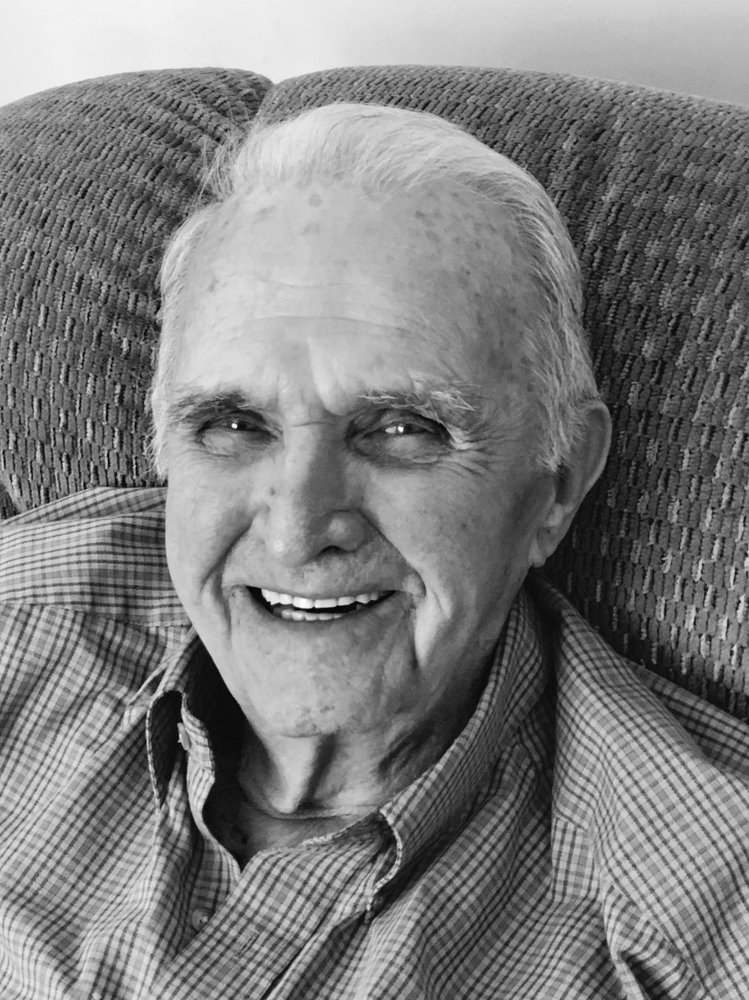 Arthur (“Art”) Everett Pinney, 88, of Hebron passed away peacefully surrounded by his beloved family on May 15, 2019 at the home of his son and daughter-in-law, Barry and Patricia Pinney, who lovingly cared for him for the past eighteen months. Art was born on the family farm in Andover, Connecticut to Hazel and Arthur Everett Pinney, Sr. on December 7, 1930.

He spent his childhood on the farm and helped to run his grandmother’s dairy farm next door, which eventually became what is now known as the Hurst Farm in Andover.  In turn, his grandmother sold him a 15-acre parcel of land for $1 with the condition that he build a house on the property within a year. So, at the tender age of 18, he built by hand the house he and his family resided in for the next 70 years.  He was a true Yankee and jack of all trades. Following a short stint in the National Guard, he was a chauffeur for the Cheney family, television repairman, tile layer, diaper deliveryman, school bus driver, excavator operator, and a ribbon mill machine repairman.  He eventually became a machinist at Pratt & Whitney Aircraft through which he proudly earned his GED so that he could assume the position of leadman. In 1972 he turned to his true love of cabinet making and established Pinney Woodworking, which he ran until his retirement.

He was a lifetime member of the Hebron Volunteer Fire Department, a Hebron Selectman, a past Master of the Bolton Grange and a director of the State Grange Youth Committee.  He was a self-taught musician and used his talent to call square dancing at the Bolton Grange.  Oh, did he love to sing!  His dances became so popular, he was asked to take his talent on the road and called square dances at Granges statewide.

Art will be forever missed by his children, Kathy Purvis, Barry Pinney, and his wife, Patricia, Karen Conway and her husband, Michael and Brian Pinney and his wife Joan; his grandchildren, Carrie, Melanie, Joseph, Matthew, Abigail and Victoria Pinney and her son, King, and Taylor Conway as well as many nieces and nephews and his dear friends, Del and Martine Bernais and Chris and Pete Ratti. He was predeceased by his wife of 57 years, Beryl Pinney, great-grandson, Tyler Smith, granddaughter, Erin Pinney, son-in law, Richard Purvis and his four sisters, Eleanor, Gladys, Dorothy and Ida, and brother, William.

Art made a life choice to donate his body to the University of Connecticut School of Medicine for the advancement of anatomic education and clinical training.  Calling hours will be held at John F. Tierney Funeral Home, 219 W. Center Street, Manchester, CT on May 23, 2019 from 4pm to 7pm.  In lieu of flowers, donations in Art’s memory may be made to the Hebron Volunteer Fire Department, 44 Main Street, Hebron, CT 06248 or the Russell Mercier Senior Center, 14 Stonecroft Drive, Hebron, CT 06248. For online condolences, please visit www.tierneyfuneralhome.com

To send flowers to the family or plant a tree in memory of Arthur Pinney Jr., please visit Tribute Store
Thursday
23
May

Share Your Memory of
Arthur
Upload Your Memory View All Memories
Be the first to upload a memory!
Share A Memory
Send Flowers