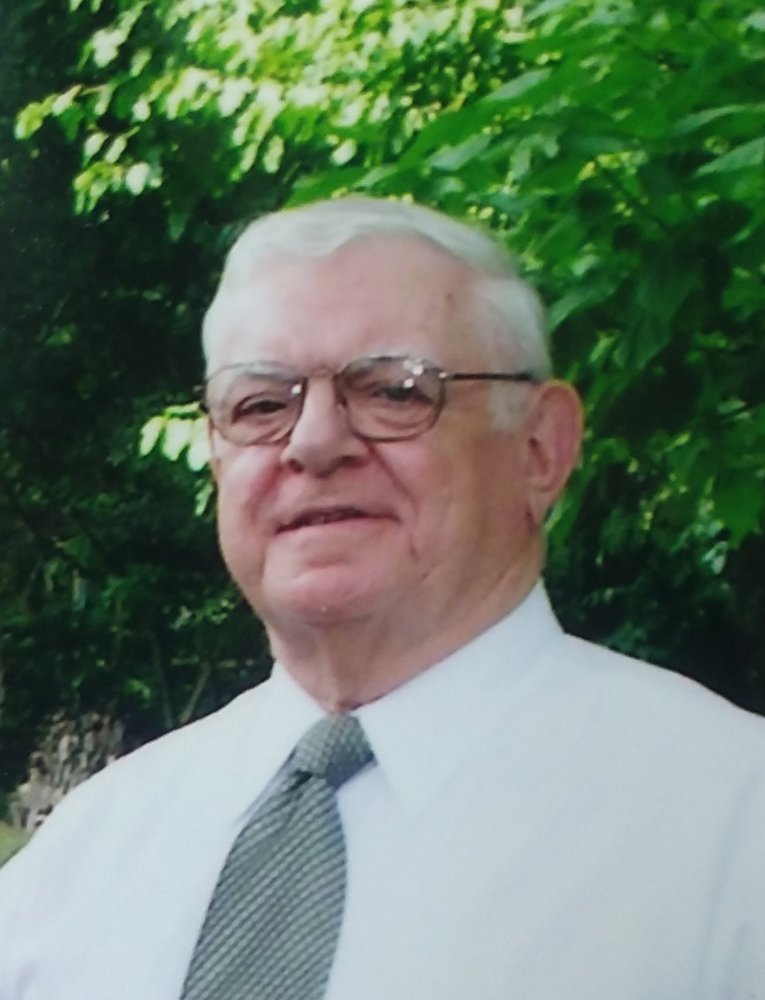 Harold H. Robinson, Jr., 87, of Manchester CT, beloved husband of over 53 years of Madeleine (Auger) Robinson, died peacefully Saturday, June 1, 2019, at St. Francis Hospital. He was born May 1, 1932, in Providence RI to the late Harold and Evelyn (Fanning) Robinson.

Serving in the Signal Corps of the U.S. Army from 1955 to 1957, he remembered those years and the friends he made with great fondness.

His vocation as a teacher led to 38 years of dedicated service at Windsor Locks High School teaching English as well as heading the English Department for a number of years. He was chosen as Young Teacher of the Year as well as Teacher of the Year for WLHS and kept in touch with colleagues and many former students over the course of his life. He also served as adjunct faculty at University of Hartford and UConn. During his career he received National Defense Education Act fellowships to Brown and Yale Universities. In his retirement he taught English at Manchester Community College and volunteered as an English tutor at Trust House and Notre Dame Learning Center in Hartford.

Family defined Harry’s life. He married Madeleine in 1965, they had five children. Rarely without a camera on hand, he photographed festive family gatherings, camping trips, and travel adventures near and far. To share his love of reading he gave a book to each family member every Christmas and on their birthdays. Harry was a spiritual man and a communicant of St. Bartholomew Church for over 50 years.

In addition to his parents, he was predeceased by his son Harold H. Robinson III (Rob), his brother Charles Robinson, sister Joyce DePardo, brother-in-law Richard Furchner, and sister-in-law Theresa Auger.

In addition to his wife he is survived by his children and grandchildren: Sarah Parsell and spouse Walter, and their children Elisabeth and Jack Bienvenue, and Liam and Ethan Parsell of Willington CT; Thomas Robinson and spouse Jennifer, and their children Margaret and Benjamin of Manchester CT; Elise Robinson and spouse Ramona Smith, and their children Troy and Cody Robinson of Belchertown MA; Laura Robinson and her children Liam and Violet Hanlan of Spencer MA. He also leaves behind his sister Evelyn Esbenshade and her spouse John, sister-in-law Janet Robinson, brother-in-law Philias Auger, and sisters-in-law Sister Colette Auger, P.M., and Estelle Dugas, as well as many nieces, nephews, cousins and other relatives with whom he remained close throughout his life.

Calling hours will be Friday, June 7, from 4-7pm at Tierney Funeral Home, 219 West Center St, Manchester CT. Additional visitation at the funeral home will be 10am, June 8, prior to a Mass of Christian Burial at 11am at St. Bartholomew Church of the Parish of St. Teresa of Calcutta, 736 Middle Turnpike, Manchester CT 06040.

To send flowers to the family or plant a tree in memory of Harold Robinson Jr., please visit Tribute Store
Friday
7
June

Share Your Memory of
Harold
Upload Your Memory View All Memories
Be the first to upload a memory!
Share A Memory
Send Flowers