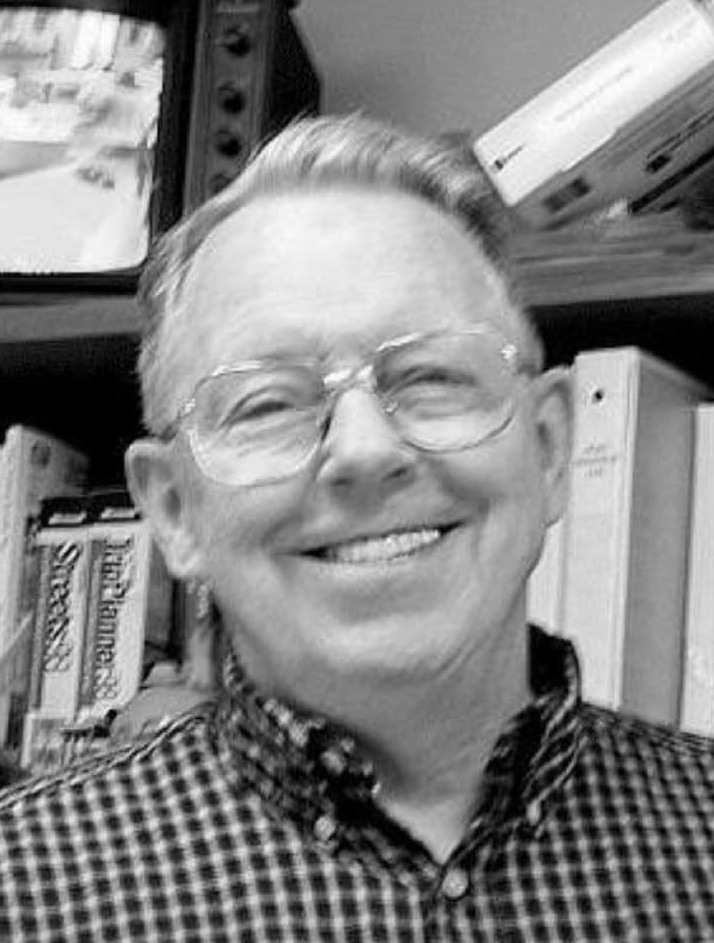 John P. Bossidy has finished his journey through this life and commenced a new journey into the future. His departure was June 18, 2019.  John's wife and darling, Barbara L. Ruggles Bossidy, made his life's trip lovely and comfortable for sixty-five years. They married on July 18, 1953. She brought him immeasurable joy with herself and their five children: John, Bridget, Daniel, Kathleen, and Mary. John's family grew when Danny married Carol Yates, Kathy married William Hackett, Mary married Matthew Walsh, and Bridget married John Wcislo. These nine wonderful children further fulfilled John's trip by bringing forth his ten grandchildren: Anna Beckman and her husband Jeff, and Kelly Bossidy; Meaghan, Samantha, Benjamin and his wife Brittany, and Kathleen Walsh; Conor, Andrew, and Kellen Hackett; and Michael Wcislo.
John loved doing photography, compiling the family history, enjoying music, collecting  bells, coins, and postcards, and telling jokes. Especially the latter. He was a life-long Democrat, voted in every election available (but never more than once per ballot), was a civic affairs buff, and has departed knowing the future of his country is in good hands with the children and grandchildren he has left behind. He was also a lover of dogs, the perfect companions for humankind. Because his three daughters matriculated at the University of Connecticut, and some of his grandchildren have followed there also, John was an avid fan of women's sports at UConn, especially Women's Ice Hockey, Women's Lacrosse, and Women's Basketball. He made many new friends at Storrs while cheering on "his girls" to victory. They became his foster daughters in his heart and his family's.
John was born on April 18, 1931, in Meriden, Connecticut, and had lived in Manchester since 1970. He served five years in the U.S. Navy, and worked in sales, machining, and investigations until retiring in 1996. John now follows his parents, Charles "Doc" Bossidy and Kathryn "Kit" Doody Bossidy,and his brother, Charles Bart Bossidy, into the promise of a new life. He will see you all again, so be sure to say, "Hi".
Family and friends are invited Saturday August 10th for a period of visitation from 9:30 am until the 10:30 am Celebration of life service at the John F. Tierney Funeral Home, 219 West Center St. Manchester. Burial will follow in St. Bridget Cemetery, Manchester. In lieu of flowers memorial donations may be made to the Epilepsy Foundation of Connecticut, 386 Main St. Middletown, CT 06457 or a cause that is near to your heart.  For online condolences, please visit www.tierneyfuneralhome.com

To send flowers to the family or plant a tree in memory of John Bossidy, please visit Tribute Store
Saturday
10
August