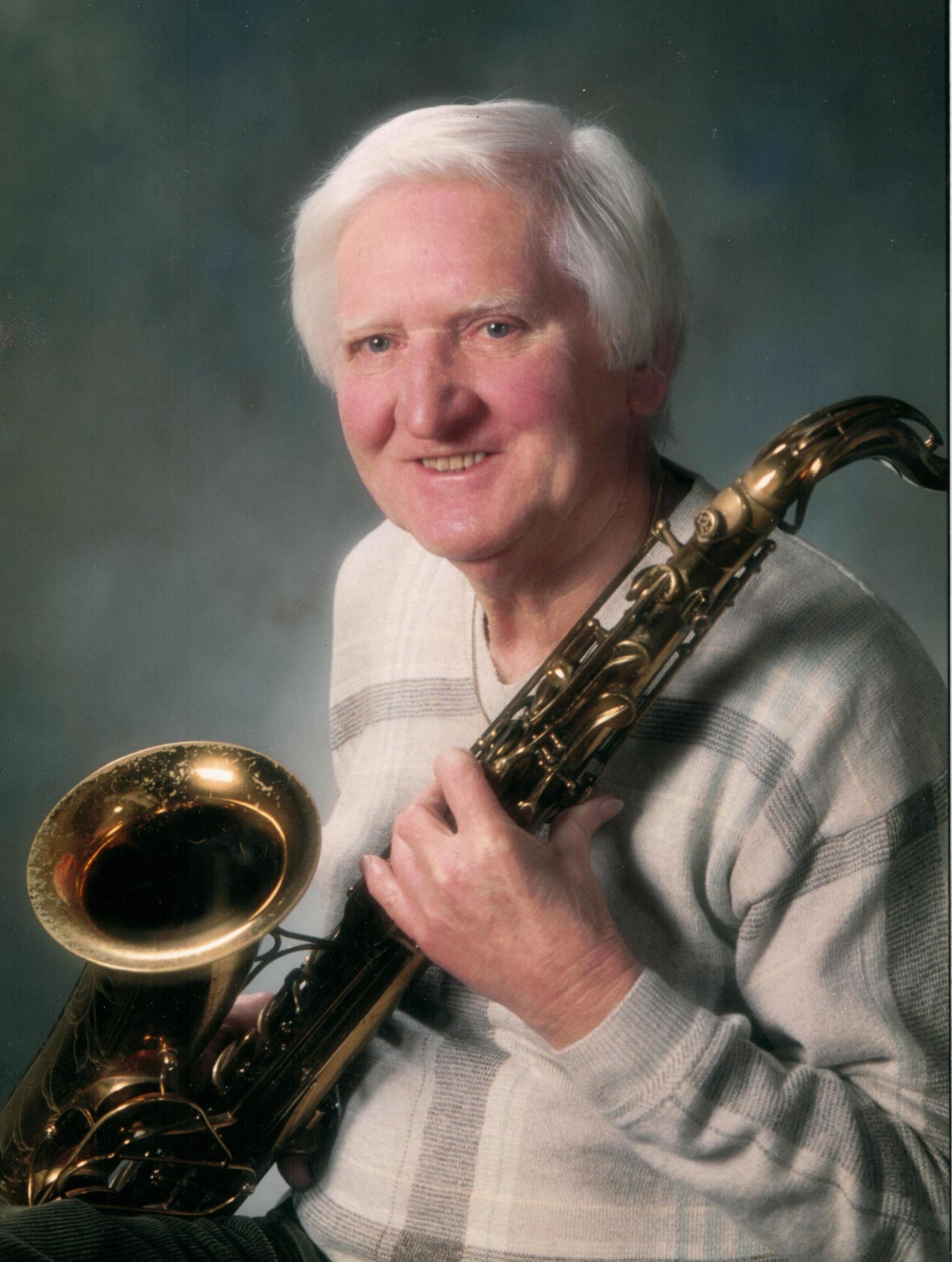 Walter Obzut, 96, of Manchester, the husband of Irene (Ferrence) Obzut passed away on Thursday June 27, 2019.  He was born in Wilkes Barre, PA on November 5, 1922 to the late Wasil and Julia (Harakel) Obzut.  He worked for Pratt & Whitney as a Supervisor of Master Mechanics, retiring after 40 years.  Walter served in the U.S. Navy in Normandy and the Pacific Theater during World War II on the USS Texas.  He was a member of the American Legion, the Army Navy Club, the Manchester Elks #1893 and the Washington Social Club.  Walter played Tenor Sax in the Ray Henry Band and later in the Al Carlson Trio and the Walt Obzut Trio.  He was a dedicated family man and never missed a game for his grandsons. Besides his wife of 73 years, he is survived by his daughters Donna Miller and her husband Dennis of Manchester, and Sheila Capobianco and her husband Carl of Manchester; his grandsons Ryan Miller, Craig Capobianco of Manchester and Keith Capobianco of Austin, TX; and several nieces and nephews.  Walter was predeceased by his brothers Michael and Timmy and his sisters Anne, Verne and Helen.

Share Your Memory of
Walter
Upload Your Memory View All Memories
Be the first to upload a memory!
Share A Memory
Send Flowers