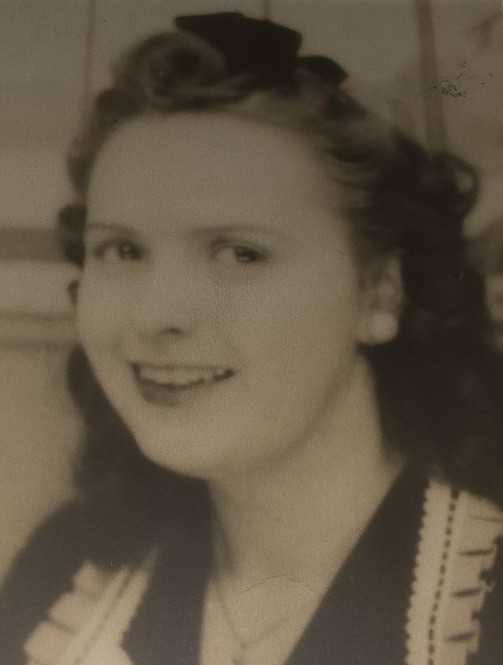 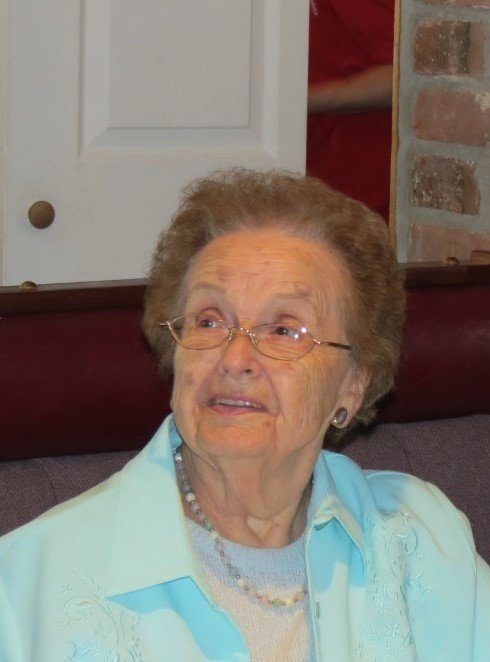 Lorraine was married to Donald Paulman of Glastonbury on September 12, 1949; they were married for 53 years and had two sons, Ellis and Daniel Paulman.

Lorraine worked as a parts assembler for Veeder Root in Hartford during World War II. She went on to work on the sales floor for Mammoth Mart, a discount department store in East Hartford during the mid-1960’s and early 1970’s, and completed her years of employment in the order fulfillment department with the AARP Pharmacy Service in East Hartford from which she retired in 1989.

Lorraine enjoyed raising her two sons, entertaining and preparing delicious meals for family and friends, canning and pickling the fruits and vegetables from her husband’s home garden, sewing clothes for herself and her family, and crafting projects using cloth, ribbons, and beads. She often said that if she hadn’t married her husband, she would have become a seamstress for a women’s religious order!

The funeral service will be held at 10:30 AM on Saturday, September 28th at the John F. Tierney Funeral Home, 219 West Center Street, in Manchester. Burial will follow immediately following the funeral service at Silver Lane Cemetery in East Hartford. Family and friends may call from 8:30 AM to 10:30 AM at the John F. Tierney Funeral Home. A memorial Mass in honor of Lorraine will be held at 5:30 PM on Sunday, October 20th at St. Rose Church in East Hartford. For online condolences, please visit www.tierneyfuneralhome.com.

In lieu of flowers, memorial donations may be given to the North American Martyrs Parish, 15 Maplewood Avenue, East Hartford, Connecticut 06108 or to the ECHN Visiting Nurse & Health Services of Connecticut, 8 Keynote Drive, Vernon, Connecticut 06066. The family of Lorraine Paulman wishes to thank Father Timothy E. Ryan and Father Louis D. Cremonie of the North American Martyrs Parish in addition to the nurses (Donna, Heather, Kameka, and Kim), therapists (Dawn, Glenn, Holly, and Jo), and home health care aides (Barbara, Donna, Marge, Marion, and Nancy) of the ECHN Visiting Nurse & Health Services of Connecticut for the care and compassion they provided to Lorraine during her four month illness.

Share Your Memory of
Lorraine
Upload Your Memory View All Memories
Be the first to upload a memory!
Share A Memory
Send Flowers