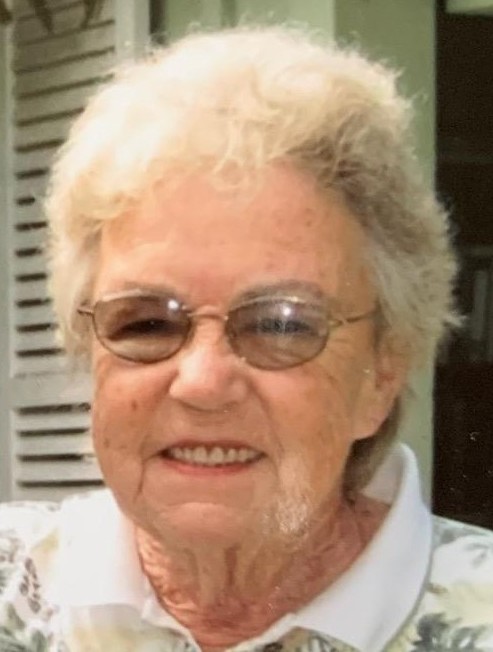 Kathleen Teresa (Mahoney) McAvoy, “Kay” to everyone, longtime resident and dedicated community member of East Hartford, passed away peacefully Tuesday morning. She was 86.

Kay was born in the Bay Ridge neighborhood of Brooklyn, New York City to Teresa (Griffin) and John Joseph Mahoney. She attended Our Lady of Angels Catholic School in Brooklyn, and often spoke fondly of her childhood in the city. She was predeceased by her older brother, John Mahoney, formerly of Pleasant Hill, California, who passed away in April 2019.

Her family moved to Haverhill, Massachusetts, where she graduated from Haverhill High School. She worked as a secretary in Haverhill, and later met her husband of 61 years, William James McAvoy. The couple moved to upstate New York, and later relocated in 1961 to East Hartford, where Kay would go on to become deeply involved in the local community. She was both Boy Scout Den Mother and Girl Scout Brownie Troop Leader for her young children, and was a former member of the Glenbrooke Swim & Tennis Club Board of Directors in East Hartford. She worked at Mechanics Savings Bank in Manchester as well as the United States Post Office in Hartford before retiring.

A voracious reader, Kay could 0ften be found immersed in a novel or listening to audiobooks on her Sony Walkman. She particularly loved the science fiction genre, and greatly admired the works of Isaac Asimov as well as mysteries by Dick Francis. She shared an appreciation for the Harry Potter series with her young grandchildren, and reread the Hobbit trilogy of J.R.R. Tolkien every February for the past 50 years. If not a novel, McAvoy could also often be seen with a crossword in hand, and was always one of the best Jeopardy players her family knew.

Kay maintained a love for sports as well and held a loyalty toward the Brooklyn of her childhood. She could still name the starting defensive line for the 1954 New York Football Giants and often recounted the days of the Brooklyn Dodgers. Since moving to Haverhill, she remained an avid fan of the Boston Red Sox and was happy to see her team win four World Series championships in her lifetime.

Kay is survived by her husband, William James, and her children; William Francis and partner Nancy Tomaselli, of South Windsor; Ellen Mary, of Arlington, Virginia; John Michael and wife Deirdre (Canny), of Coventry; and Daniel Patrick, of West Hartford. She is also survived by her grandchildren; Seamus Patrick, of Boston, Massachusetts; and Colleen Patricia, of Coventry.

Share Your Memory of
Kathleen
Upload Your Memory View All Memories
Be the first to upload a memory!
Share A Memory
Send Flowers