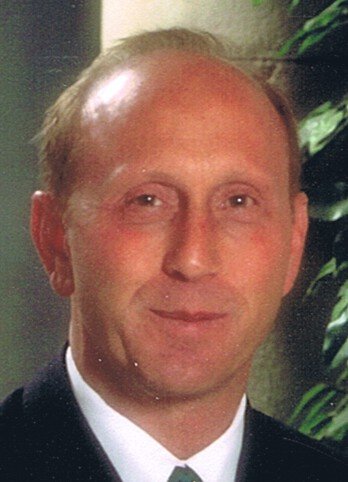 Donald J. Labins, age 59, passed away October 23, 2019 at Glens Falls Hospital after a long and valiant battle with blood cancer. He was formerly a resident of West Hartford, South Windsor, and Manchester, CT prior to moving to the Lake George area in Queensbury, NY with his wife Paige Adams in 2015 to enjoy fishing and the beauty of the Adirondack mountains.

Brought up in West Hartford, he was the son of Stephen and Lois (Winer) Labins, and a graduate of Hall High School and Prince Vocational Technical School. Beginning his career as a plumber, he added knowledge of heating, ventilation, air conditioning, electrical and mechanical systems to his talents. Don worked for 15 years as a building maintainer for the Town of South Windsor Department of Public Works, where he earned the nickname of “Flash” for his swift response to needed system repairs and troubleshooting; and spent three years as a Building Supervisor in Hartford, CT for two large state office buildings.  In 2007 he was hired as an Energy Management System Controls Technician at the University of Connecticut, working with computerized systems controls as well as hands-on maintenance and repair of HVAC equipment.

From the age of 17 he was a “Dead Head” who followed the Grateful Dead band and other rock bands to many concert venues throughout the Northeast, teaching himself acoustic recording techniques and collecting hundreds of live show tapes.  He spent every other spare moment pursuing his other passions: fishing, grilling, home renovation projects, cooking, antiques,and stamp collecting. He took great joy in the good things in life--his family and friends, relishing fine food and cigars, and traveling--especially to concerts, art shows, beaches and anywhere he could fish and relax outside.

Don is survived by his beloved wife Paige, as well as his treasured children: his daughter Sarah (Labins) Soden and son-in-law Joshua Soden of New Britain, CT, his son David Labins and his girlfriend Elizabeth Bui of Dover, NH. He is also survived by his stepson Nathaniel Savery and stepdaughter Caroline Savery. He will be missed by his mother Lois Labins of West Hartford, his three brothers Michael and wife JuJu, Robert, and Charles and wife Cynthia Labins. He is also survived by his ex-wife and dear friend Susan Arnold Labins of South Windsor, as well as Aunt Barbara and Uncle Marshall Werblin, and cousins Lisa Werblin and Andi Werblin Reid and husband Angus.  Nieces Annie Labins, Jacqueline Labins, and nephew Stephen Labins as well as many Arnold and Adams nieces, nephews, grandnephews, and grandnieces also survive him.  Many friends are left to mourn his loss, including his “brothers from other mothers”: John Reznikoff and Peter McQueeney.

Don had an excellent sense of humor, and often bestowed funny and apt nicknames on friends, relatives and colleagues.  Young and old fell under the spell of his mischievous charm. He had a stubborn streak and was a deal-maker extraordinare, who was nevertheless generous with his time and talents. He found his happy place as a child when fishing with his grandfather “Papa Jack” at Lake George, and was happiest with a fishing rod in his hand and a line in the water.  He passed his love of fishing on to both of his wives and both of his children. He especially enjoyed dragging David out of bed at the crack of dawn for their father-son fishing trips! He loved to be outdoors, by the water. He could never resist eating a good lobster or watching Boston sports on TV.  He coached his son’s T-ball and baseball teams and attended the games, and was always the first one on the dance floor at a Girl Scout Father-Daughter dance. Don most recently joined Sarah on the dance floor at her June 2019 wedding at Lake George. He walked his daughter down the aisle on her wedding day.

Don’s friends and family will always love and remember him for the strength, passion, and joy he brought to the world. We will never forget his playful and clever one-liners, his relentless winning streak when playing set-back, his loyalty to charcoal grills, and his ability to always make you smile. We will think of him when we see a bright orange tree standing out against the rest, or when we hear the sound of Jerry Garcia’s guitar.

“Once in awhile you get shown the light in the strangest of places if you look at it right.”

Don will always live on in our hearts. Please join us to celebrate the life of Donald J. Labins by wearing tie-dye or colorful clothing to the calling hours at John F. Tierney Funeral Home at 219 West Center Street, Manchester, CT on Friday, November 1 from 2-4 p.m. and 6-8 p.m.

Funeral services will be held on Saturday November 2 at 9:30 a.m. at Parish of St. Teresa of Calcutta, St. Bridget Church at 80 Main Street, Manchester.  Burial will be at East Cemetery in Manchester.

Share Your Memory of
Donald
Upload Your Memory View All Memories
Be the first to upload a memory!
Share A Memory
Send Flowers