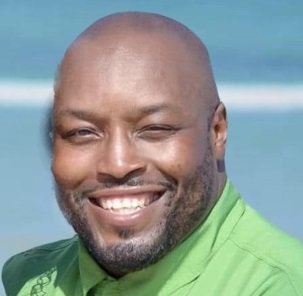 Antonio entered into the world a force, weighing 11lb 12ozs. As a child, wherever he would go he made a new friend, even during short trips to the grocery store. In elementary school he discovered a new talent. He could make people laugh. Antonio accepted Christ at an early age during a Christian camping session in the Poconos. After a family move from Pennsylvania to California when he was a teen, he got right to work meeting new friends and joining Young Life, a ministry which helps kids and teens grow in their faith. Antonio attended Culver City High School, where he played football. He was affectionately, known as “Kitchen”, because when he hit you it felt like you had been hit with an entire kitchen. Antonio loved football but his real passion was cooking and teaching.   He went on to graduate from Santa Monica Junior College and The Restaurant School at Walnut Hill College.

Antonio added love to everything in his life and was a light of hope to many.  In 1994 he married his best friend and their family adventure began. In 1997 Romano’s Macaroni Grill hired Antonio as an Executive Chef and relocated the family to Manchester Connecticut. In Connecticut he cooked and served for many.  As his family continued to grow, he transitioned into a variety of culinary roles, including Corporate Dining, Food and Beverage Director, and Owner and Operator of his own company, Taste N See Catering. Antonio and his family found a home at Crossroads Community Cathedral and shortly after became members. Antonio had so much joy when he was requested to volunteer with Crossroads.

However you knew Antonio you would always remember his smile and his love for the Lord and His family. In addition to his wife, he is survived by his children Devon W. Johnson and his wife Shelby, Ashli Johnson, Christina Johnson and Serena Johnson all of Manchester; his sister Karen Joy Corbitt and her husband James, his niece Ilia Corbitt of North Carolina; his mother and father-in-law, Luwander and William Ellison; and several more nieces and nephews.

To send flowers to the family or plant a tree in memory of Antonio Johnson, please visit Tribute Store
Saturday
8
February

Share Your Memory of
Antonio
Upload Your Memory View All Memories
Be the first to upload a memory!
Share A Memory
Send Flowers