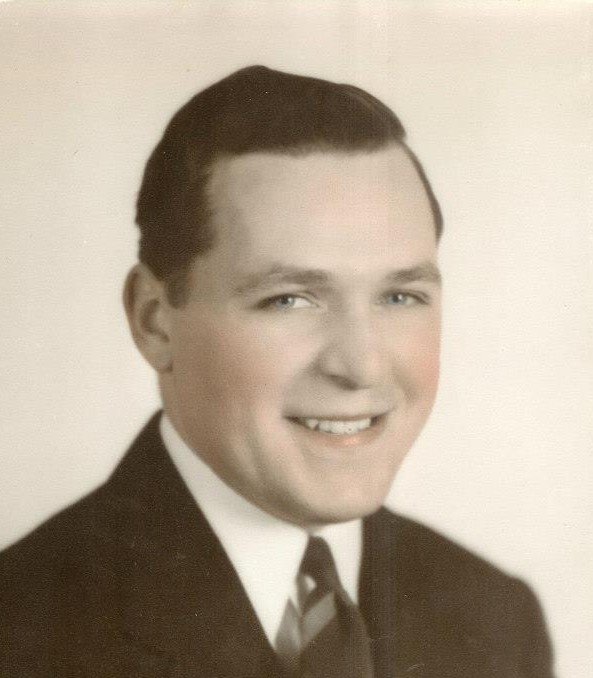 Joel J. Belanger, 97, of Manchester, the husband of the late Frances (Gagnon) Belanger passed away on Friday, April 24, 2020 at Crestfield Healthcare Center, Manchester.  Born in Caribou, ME he was the son of the late Francois and Josephine (Sanfacon) Belanger and had lived in Manchester for many years.  He served our country and was a US Army Veteran of World War II.  Joel had retired from the A&P as a Meat Cutter after 37 years of service. Joel was very active and enjoyed snowmobiling, bowling, golfing, and especially gardening.

He is survived by his three sons, Joseph F. Belanger of Manchester, Michael J. Belanger and his wife, Kathy  of Manchester, Mark E. Belanger and his wife, Teri, of Tolland; his daughter, Mary Luchenbill and her husband, Steven, of Coventry; and 10 grandchildren and their spouses, Jeffrey and Chasity Belanger, Kelly and Edward Quick, Eric and Dominique Belanger, Daniel and Sara Belanger, Joel and Claudia Belanger, Sarah and Alex Shorthouse, Renee and Anthony Constant, Jacqueline Belanger, Justin Luchenbill, and Patrick Belanger and fiancée Cameron Lesco. He is also survived by 13 great-grandchildren, Broderick, Cameron, Maxwell, Ariana, Eli, Jordan, Brooke, Reese, Emilee, Joel, Roslynn, Ovid, and Abigail.  Joel is also survived by his brother Walter Belanger, many brother and sister in laws, nieces and nephews. Besides his wife and parents, he was predeceased by his daughter Beverly Jean Belanger.  Also, he was predeceased by his 10 brothers and 6 sisters.

Memorial contributions may be made to MARC Inc. of Manchester at www.marcct.org.  Funeral service will be private and at the convenience of the family.  The John F. Tierney Funeral Home, Manchester has care of the arrangements.  For online condolences please visit www.tierneyfuneralhome.com.

Share Your Memory of
Joel
Upload Your Memory View All Memories
Be the first to upload a memory!
Share A Memory
Plant a Tree