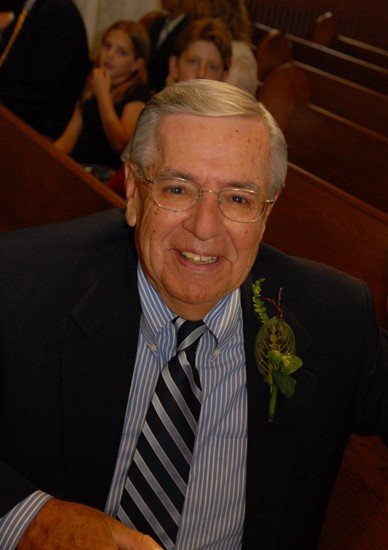 Known for his ardent, life-long love of the New York Yankees, Milt would often begin introductions inquiring whether you were a Yankees or Red Sox fan.  You had an immediate friend and could start in the 7th inning if you too were a fan of the pinstriped team.  His most beloved team, though, was his family, including his wife of 66 years Patricia (Barrett), his daughter Debra (Kershaw) Pietrantonio [and her husband Gene] and his son David Kershaw [and his wife Kathy (Gawrys)].  In addition, he adored his two grandsons and their wives: Kyle and Meghan (Mucklow) Pietrantonio and Jay and Nicole (Terenzoni) Pietrantonio.  He was overjoyed when he got to see his five great-grandchildren--Cora, Evan, Landon, Ella, and Avery--and they all loved seeing “Great Grandpa” in-person or on FaceTime whenever they could.  He was already successful in instilling a love for the Yankees in his five-year-old great-grandson, Evan, who cherishes his Yankees ballcap.

Beyond these loves in his life, his two other great passions were Cape Cod and time on the golf course with his buddies.  After retiring as a United Technologies Corporation executive, Milt enjoyed working part-time as a OSHA safety consultant and volunteering at his family's spirits shop on Cape Cod well into his 70s.  This allowed him flexibility to be with his family and to spend time at his Cape Cod home and on the links at Manchester Country Club and Harwich Golf Course.  There was never a bad day on the beach or on the golf course for Milt, although he’d always prefer the sand at Red River Beach over the sand traps on the golf course.

Milt was an alumnus of Monsignor Coyle High School and the University of Massachusetts, where he studied electrical engineering. A man of the Greatest Generation, he proudly served our country in the US Navy from 1951 - 1955.  He was a founding father of the Little League baseball organization in Manchester and in his last years volunteered his time and expertise each year in providing tax services at Manchester’s Senior Center.  A true man for others, he will be greatly missed by so many whose lives he touched.  A commemoration of his life is planned for family and friends in July at his favorite place: his home on Cape Cod

Share Your Memory of
Milton
Upload Your Memory View All Memories
Be the first to upload a memory!
Share A Memory
Plant a Tree