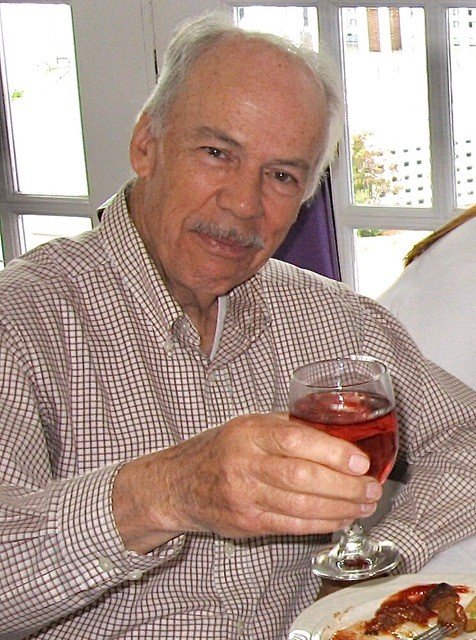 Paul was born in Syracuse New York, the first of six brothers born to Beulah Jean Brown and Paul F. Brown Sr. He studied chemical engineering at Syracuse University, then chemistry and mechanical engineering at Brown University, earning a BS in mechanical engineering in 1954 from Brown. He received a Master’s degree in Mechanical Engineering from Rensselaer Polytechnic Institute in 1958, going on to work for Pratt and Whitney Aircraft in East Hartford, CT for 38 years.  He began his career there as an experimental engineer in the Turbine Systems and Mechanical Components Groups advancing to senior project engineer. He received multiple patent awards, served in two national/international engineering societies, and served as chair of several national committees for the Society of Tribologists and Lubrication Engineers including six years on the board of directors. He also served for many years as a member of the National Research Committee on Lubrication for the American Society of Mechanical Engineers.

In the community, the service he is most proud of is the ten years he served, mostly in the 1960’s, as assistant scoutmaster and scoutmaster for Troop 73 in Bolton. He later served as chair of the Bolton boy scouts fundraising campaign. In addition, he was active in the Bolton Democratic Town Committee in the ‘60’s and ‘70’s, serving as a justice of the peace during the last years of Connecticut’s Chief Justice System. In the 1970’s he was elected to Bolton’s Board of Finance, serving for five years, and was also instrumental in bringing the progressive program, Project Concern, to Bolton by writing an open letter to the Board of Education in favor of racial integration. During this period he and his family were active with Ned Cole’s Revitalization Corps and acted as host family for a child whose family lived in Stowe Village in North Hartford. Additionally, he was the town’s first municipal agent for the elderly and served for 20 years as chair of the Senior Citizen’s Commission. His work led directly to the establishment of door-to-door bus service for the elderly, a chore service (both of which he utilized himself in the past year), and the hiring of the town’s first coordinator of senior services. He was a long time communicant of St. Maurice Catholic Church in Bolton where he and his wife Margaret first became members in 1957, just three years after the parish was established. He served on the fundraising committee that provided finances that permitted the construction of the parish center in 1970 and also served for 15 years during the ‘70’s and ‘80’s as a religious education teacher working with confirmation candidates much of that time. He became a lector and extraordinary minister when the parish first established these ministries in the ‘70’s and continued as a lector up to the 2010’s. His membership in the Knights of Columbus and St. Maurice Council started in 1986 where he served in many capacities including Grand Knight for two years in the early ‘90’s. He, his wife Margaret, and their children were honored in 1989 by being named Connecticut Family of the Year by the Knights of Columbus. In the 2010’s he was active with the St. Maurice Parish Building Committee acting as its chair since its formation, overseeing a number of significant parish building projects.

Paul is survived by his wife, Margaret, and their three children: Kathleen, Jeffrey, and Pamela Brown. His brother Michael Brown predeceased him. He is also survived by his two grandsons, Michael Brown of California and Ryan Cheevers-Brown of Massachusetts, his two brothers Terry Brown and Kevin Brown, and multiple nieces and nephews on both his and Margaret’s sides. The family is holding a small, private funeral. In lieu of flowers, gifts can be made in honor of Paul’s wife, to the Michael J. Fox Foundation for Parkinson’s Research. https://www.michaeljfox.org/donate

Share Your Memory of
Paul
Upload Your Memory View All Memories
Be the first to upload a memory!
Share A Memory
Plant a Tree