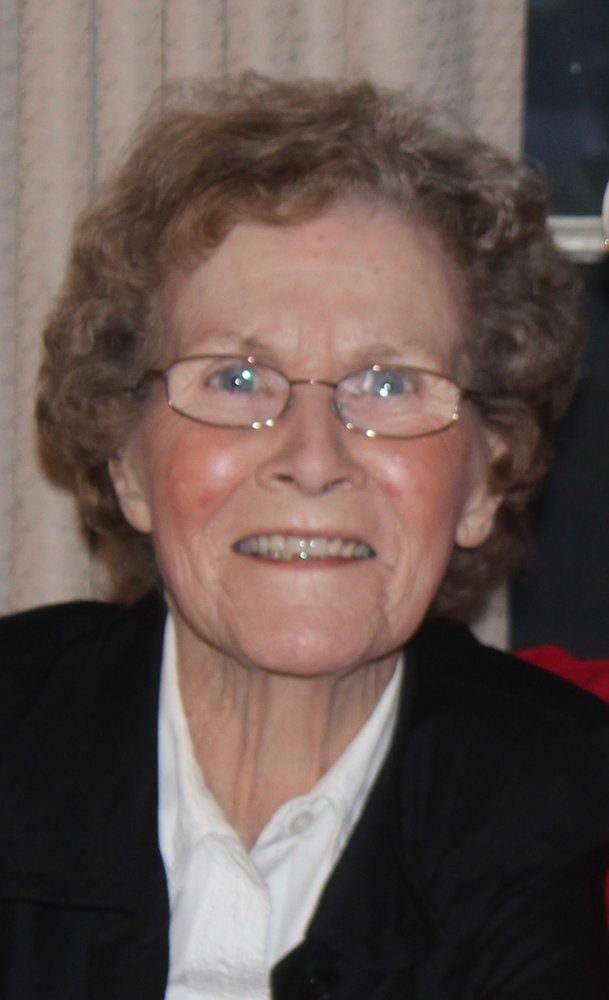 Teresa Kelly, of Coventry and Manchester, CT died peacefully in the early morning hours of September 4th, 2020.  She lived a rich life and impacted so many. She was born in Ireland in 1932, and later moved to London, where she met and married her husband, the late Henry Kelly. Her daughter Maureen was born in London, and the three emigrated to the United States in 1960 with no jobs, no place to live, but a strong hope that they would be able to build a wonderful life for themselves in the United States.

Teresa worked hard to make her dream come true for her family. She devoted herself to helping others in need. She was a foster mother to many and later a Group Home mother to teenage girls. She nurtured and cared for countless young people throughout her life, helping them to create better lives for themselves. She was a tremendously giving woman who believed it was her job to take care of others. In addition to her own two children, there were many young people who considered her their mom, too many to name.

People leave a footprint on this earth by those they touch throughout their life. Though a tiny woman, Teresa left a very large footprint. She was a woman of strong faith and her Christianity and spiritual life were very important to her. She lived her faith in all she said and all she did.  In her last few weeks on this earth she spoke openly about going to be with the Lord in heaven. Heaven has now gained a new angel, but here on earth she will be deeply missed by all those she has left behind.

Teresa leaves behind her beloved family, including her daughter Maureen Anderson and her husband Alan of Coventry, CT; her son John Kelly and his wife Maura of Myrtle Beach, SC and ten grandchildren: Kate Reeves Romeo and her husband Andrew, Tyler Reeves, Elizabeth Vitucci and her husband Bryce, Stephanie Boyd and her husband Andrew, Jackson Kelly and his wife Molly, Olivia Kelly, Hannah Kelly, Nicholas Tucker, Silas Kelly, and Asa Kelly. She was also blessed with 8 beautiful great grandchildren who lovingly called her Gigi: Harper, Keegan, and Quinn Romeo, Violet Kelly, Carolyn and Kelsey Kamp, Ian and Hannah Mittelholzer. Teresa has two sisters in England who are mourning her loss: Maeve O’Rourke and Bridie Cleary. Teresa was also a bonus grandmother to three special people in her life: Cameron Blackey, Tucker Wood and MacKinnon Cote. In addition to her family, Teresa leaves behind so many who mourn her loss, including women who called her mom, and one in particular who Teresa referred to her as her “best friend”.

Calling hours will be held Wednesday, September 9th from 5-8 p.m. at John F. Tierney Funeral Home in Manchester. Family and friends will gather at the funeral home on Thursday, September 10th at 8:00 a.m., followed by a Mass of Christian Burial at St. James Church in Manchester at 9:00 a.m.

In lieu of flowers, donations are being directed to the Teresa Kelly Memorial Fund for Tucker Wood, a beloved family member battling ALS. Checks may be made out and mailed to Lauren Wood, 56 Randall Ave., E. Weymouth, MA 02189.  Online donations made be made as well: https://gf.me/u/ywrrmt

To send flowers to the family or plant a tree in memory of Teresa Kelly, please visit Tribute Store
Wednesday
9
September

Share Your Memory of
Teresa
Upload Your Memory View All Memories
Be the first to upload a memory!
Share A Memory
Send Flowers