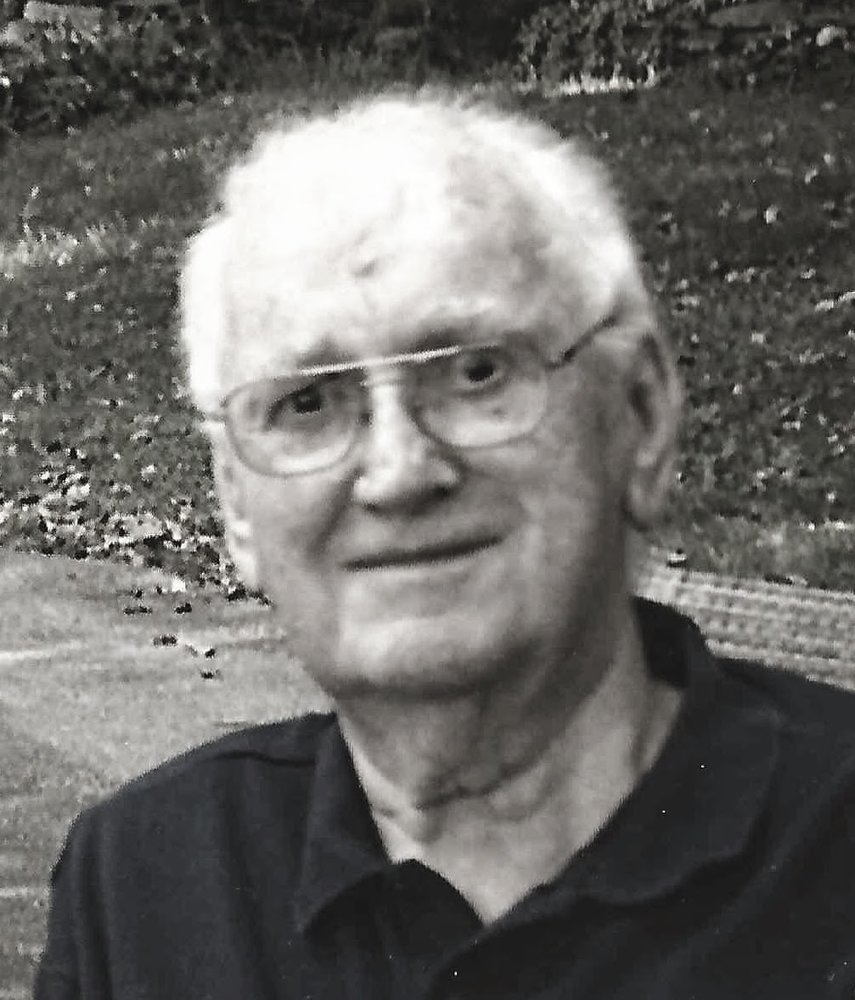 Willard John Marvin, formerly of Manchester, died in the early hours of October 11th, 2020 at Touchpoints in Bloomfield. He had turned 100 years old less than a month before. He was born in East Stroudsburg, PA on September 12, 1920 to Percy and Myrtle (Mader) Marvin. He contracted polio at the age of six, had several surgeries as a child and was left with a limp that followed him through life.

During World War II, although being ineligible for the draft, he enlisted in the Army and served at Fort Moultrie in South Carolina. After his discharge he moved to Honolulu HI, where he was employed to repair warships.

After the war he returned to college, where he met Louise Lawrence from Corning, New York. They were married there in April 1948. After a short time in upstate New York, they moved to Manchester in the early 50’s. Willard became a fixture on Main Street, first as a manager of Montgomery Ward and then Sherwin Williams.

After 30 years of retail, he retired and moved on to becoming a regional sales rep for several art supply companies, visiting customers throughout New England before finally retiring in his 70’s.

In 1977 he was invited to run for the board of directors of the 8th Utilities District in Manchester, which oversaw the fire and sewer services within the district. He served in that capacity for over 25 years. Most of that time he served as Fire Commissioner and oversaw many expansions and improvements to the 8th District Fire Department. The right of way to the fire station is now named for him.

Professionally, his was a lifetime of service. He was a trusted retailer, colleague and peer. He had served as the chairman of the Chamber of Commerce; he was a founding member of the Manchester Art Association, worked with the Lutz Museum and was active in the Lions Club. Into his 90’s he helped host the Manchester Philatelic Society meetings.

Personally, he was warm, congenial, generous and kind. He was talkative but listened better. He loved company and family. He loved to travel, and he and Louise were off somewhere all the time. His last great road trip was to Myrtle Beach at age 91.

Despite losing his wife 18 months ago and losing almost all family contact during nursing home lockdowns, he was, until the end, cheerful, engaging and grateful. He was a true gentleman in every sense of the word, and always tried to leave good in his wake.

We would like to thank the caregivers at Touchpoints in Bloomfield and at Westside in Manchester, and offer our deepest gratitude to Monika Bempah who made their last years at home safe, comfortable and fun.

His wife Louise died March 10, 2019. He is survived by his children John W. Marvin of Coventry, Christopher Marvin and his wife Dianne Neumar of Manchester and Thomas Marvin and his wife Laurie Cleveland of Ellington; his grandchildren Jessica Marvin, John and Jill Marvin, Jared Marvin and Jeff and Meghann Marvin; his great grandchildren Olivia, Julia, Samantha, Rachel, Jack and Vivian. He is also survived by his sister Shirley Heil of Easton PA.

He was predeceased by his sister Marjorie in 1973, and his grandsons John H. Marvin and James C. Marvin in 2012.

A private family burial took place at the family plot in Coventry on October 19th. A larger more inclusive service will be held in the future when distant families can safely visit.

In lieu of flowers or cards we would ask you call or visit an elderly or infirm relative or friend and brighten someone’s day.

Share Your Memory of
Willard
Upload Your Memory View All Memories
Be the first to upload a memory!
Share A Memory
Send Flowers