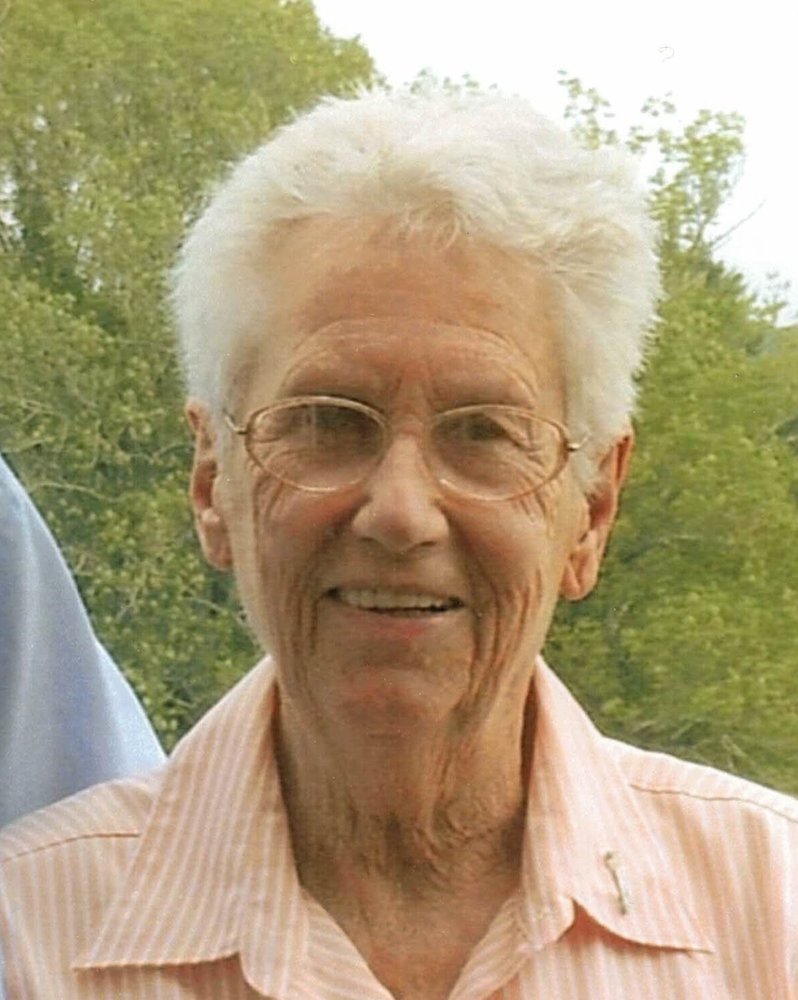 Beverly (“Bev”) Malone, 93 years young, died  November 10, 2020, in Manchester, Connecticut, the town in which she and her family lived and thrived for 67 years.

Beverly Helen Robinson was born in Loudon, New Hampshire, on December 11, 1926, the daughter of Beatrice Arlin (pie maker supreme) and Joseph Westley Robinson (printer and Fire Chief). As a child she was known as “Pink,” a nickname bestowed by her grandfather, True Arlin. Beverly graduated from Concord High School, the Wilson School of Boston, and the Laconia, New Hampshire School of X-Ray Technology. She met her future husband, Harold John Malone, while teaching X-ray technology at the University of Vermont Medical School in 1948. She had heard he was an excellent dancer. Beverly and John were married in 1950 in Concord, New Hampshire, and began their life together on Staten Island in New York City. They moved briefly to Bolton, Connecticut and then to Green Manor in Manchester, Connecticut, in 1953 to raise a family.

Always a powerful force, Beverly loved nothing more than surrounding herself with family and friends at her home and yard, or vacationing on Nantucket. Every occasion at 84 Prospect St in Manchester was special, filled with Beverly’s enthusiasm and fun-loving spirit. While raising six children and keeping track of a menagerie of animals, Beverly was forever in motion, scheming up family adventures or creating projects in the attic, the basement, the garage, the barn, the pool house, or around the yard. To enjoy the sounds of a rainy night, we were encouraged to sleep in the attic or on the screened-in porch. A picnic was always around the bend or a bonfire on the beach - done! Christmas Eve at 84 Prospect Street was always magical. She blessed us all with her generosity, unquestioning support, fierce determination, and sense of humor.

Beverly was also predeceased by her husband of 65 years, Harold John Malone, for six achingly long years. They were in love for all the days: listening to records of music they cherished, playing on the den stereo, holding hands walking the beach, and  beaming together over their grandchildren’s accomplishments. Dad read to Mom while she needlepointed and brought her roses from his garden. He has come to take her home with him: “for they were so close, that when one cried, the other did taste salt.”

Nothing would make Beverly happier than a donation in her father’s memory to the Loudon Fire Department, 8 Cooper Street, Loudon, New Hampshire, 03307, or reading a story to an elderly person in long-term care.

Funeral service will be held on Saturday, November 14th at 11:00 a.m. at the John F. Tierney Funeral Home, 219 West Center St. Manchester followed by burial in St. James Cemetery.  Family and friends may call at the funeral home on Saturday from 9:00-11:00 a.m.  For online condolences please visit www.tierneyfuneralhome.com.

Share Your Memory of
Beverly
Upload Your Memory View All Memories
Be the first to upload a memory!
Share A Memory
Send Flowers