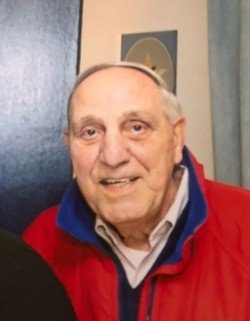 It’s with great sadness that we announce the passing of our beloved father, friend and husband, John Louis Scavotto. John left this world peacefully on Sunday, January 24th after a long illness.

Born on September 18, 1934, to the late Louis Scavotto and Mary Concetta (Santa Croce), John grew up in the then small town of Enfield, Connecticut. John’s desire for adventure led him to sign on with the U.S. Navy shortly after his high school graduation. When his tour of duty completed in 1956, he returned home to work at Hamilton Standard. Still yearning for travel, John joined Mohawk Airlines in New York City in 1959, where he worked as a reservation agent for 5 years. He then transferred back to Enfield, and worked at Bradley International Airport until receiving a job offer from Eastern Airlines in 1964.

John took the opportunity to transfer to Tampa, FL in 1965, and longing to see even more of the country, transferred again in 1967, this time to Portland Oregon. Once there, John helped open this new station for Eastern, and trained the personnel to ready the station for its inaugural flight in May. John rose through the ranks, from Chief Agent to Charter Coordinator, and was responsible for everything from weight and balance to fueling and catering.

After 5 years in Oregon, John made the move back to Florida, this time Miami, where he could work on his tan and golf game.

John eventually moved back to his hometown of Enfield, and worked for Eastern Airlines Air Freight until his retirement in 1987.

John was active in Youth Hockey and Little League Baseball, a parishioner at St. Bridget’s church in Manchester, and in addition to remaining an avid golfer, became a master of jigsaw puzzles, completing hundreds over the years, in record time.

A mass of Christian burial will be held on Monday February 1st at 11am at St. Bartholomew Church, 736 Middle Turnpike East, Manchester followed with military honors.

In lieu of flowers, donations may be made to the American Lung Association. www.lung.org

To send flowers to the family or plant a tree in memory of John Scavotto, please visit Tribute Store
Sunday
31
January