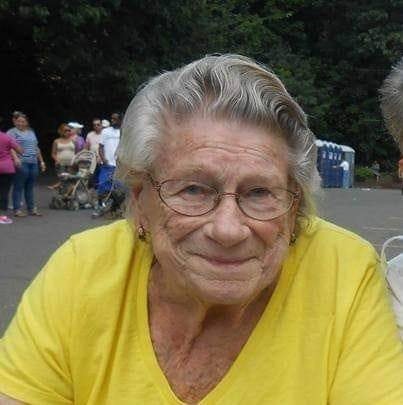 Maureen Elizabeth (Foley) Chapman of Manchester, CT passed away peacefully on January 29th, 2021 at the age of 84 at Hartford Hospital with family by her side.

Born in Hartford, CT on January 31st, 1936 she was the daughter of the late Allan James and Clara (Butler) Foley.

Maureen grew up in Hartford and attended Buckeley High School. While working at the First National Supermarket she meet a handsome young man named William Chapman and were married soon after. They spent 66 years together and had 6 children. Maureen was affectionately known as “Mo” to family and friends.

Maureen was employed at Pratt & Whitney Aircraft for 2 years, she was the bookkeeper for the many family businesses they had over the years such as Chapman Antennas, a Laundromat in Wethersfield, and the many Real Estate investment properties they owned.

Maureen love spending time with her kids and she was involved in Cub Scouts, Campfire Girls and many other actives that involved her children. She was a talented crafter and loved to oil paint, work with ceramics, and cook, but her biggest love was crocheting. She was an artist with a crochet hook and made many beautiful items for her family and friends. She was an avid duckpin bowler and bowled with the Holiday Homemakers for 32 years at Holiday Lanes in Manchester. She enjoyed being a member of the Yankee Chapter of the Hudson Essex Terraplane Club and a member of the New England Chapter with her husband Bill where they attended many family and National meets together. They traveled across the USA, Canada and Mexico with their kids in a bus that Bill built from scratch and they were members of the Pratt & Whitney Campmates where Maureen held an officers position.

Due to the ongoing pandemic we regret that no services will be held at this time.

Share Your Memory of
Maureen
Upload Your Memory View All Memories
Be the first to upload a memory!
Share A Memory
Send Flowers