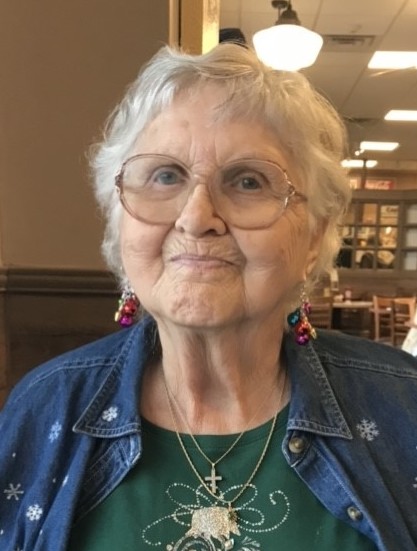 If there were a single word that weaves itself throughout Elizabeth’s life, it would be “resilience.” Elizabeth grew up in Dingolfing, Germany and was one of four sisters. When she was 8, she, her sisters, and a neighbor fled the area so as not to be trapped if bridges were bombed. They experienced cold, hunger, and exhaustion as they went from one barn to another for shelter. But regardless of this, she looked back on her childhood with fondness. Elizabeth met David while he was based in Germany in the Army. They fell in love and she moved to the United States where they were married and had two sons, Paul and Eric. They went to autoraces, baseball games, and spent summers camping. Later in life, Elizabeth enjoyed these same experiences with her grandchildren, Ryan and Julia.

Elizabeth’s strong will and resilience helped her to recover from strokes and lead an active life. She and David had season tickets to Women’s UConn Huskies and The Connecticut Sun. She was an avid Red Sox fan, loved shopping, knitting, hot fudge sundaes, and reading books about people who prevailed, and indulged in articles about the Kardashians.

Elizabeth is predeceased by her husband, David Chagnot, of Manchester, CT, her parents George and Karolina (Hoisler) Wȕrm of Germany, and sister, Gertrude, of Germany. She leaves behind her sons, Paul Chagnot and his wife, Michele Chagnot of Manchester, CT, a grandson Ryan Chagnot and girlfriend, Liane Povilonis of Enfield, CT, Eric L. Chagnot and his wife, Sharon Remington Chagnot of Suffield, CT, her grand daughter Julia Chagnot, sisters, Centa and Irma of Germany, her close friends, Diana and Tom Bonneau, and her dog, Sparky.

Funeral service will be held on Thursday, March 18th at 11a.m. at the John F. Tierney Funeral Home, 219 West Center St., Manchester. Burial with David will be private in St. James Cemetery. Family and friends may call at the funeral home on Thursday from 10-11 a.m. In lieu of flowers, please consider making a donation to the American Cancer Society or the CT Humane Society. For online condolences, please visit www.tierneyfuneralhome.com.

To send flowers to the family or plant a tree in memory of Elizabeth Chagnot, please visit Tribute Store
Thursday
18
March

Share Your Memory of
Elizabeth
Upload Your Memory View All Memories
Be the first to upload a memory!
Share A Memory
Send Flowers