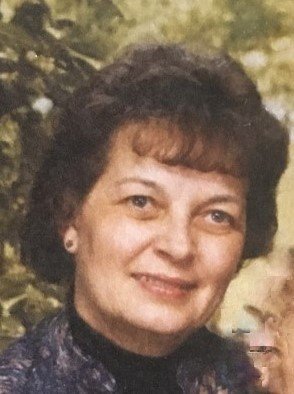 Colleen Giles Bixler, loving mother, grandmother, great grandmother, and friend to many, passed away peacefully on March 14, 2021 at the Manchester Manor Health Care Center. Our mom was born on January 18, 1928 in Sherman, Maine (population 800) to Ferdie and Irene (Knowles) Giles. Here is our mom’s story.

It was in Sherman where our mom’s work ethic, selflessness, generosity, sense of humor and capacity to handle adversity evolved.  At a young age she became a tireless worker in assisting her mother in maintaining a two-room cabin with no electricity or running water and the fallout from the Great Depression. A life changing event occurred for mom (11 or 12 years old) when the family moved to Ellsworth, Maine. The change turned out to create some of her happiest memories.

Mom was a social person and the “big city” provided her a larger stage to interact with a broader spectrum of people. The most influential change however was the addition of her step father to the family (Mathew Mahon, who married Irene in 1939). He brought stability, family values and a strong work ethic into their household. Our mom and Mattie had a lot in common. Even in her later years, mom would become emotional when Mattie’s name was mentioned; his memory was met with both a smile and a tear. Two years later a step brother, Doug Mahon, was born. She doted on Doug often times using money she earned to purchase some of his necessities and a few treats, of course. Her maternal instincts started to blossom.

In 1943, WWII had created better job opportunities in CT. Mom’s family moved to Connecticut where Irene and Mattie were hired by Colt Manufacturing. They settled in East Hartford where mom attended East Hartford High School, graduating in 1945.

Soon after graduation she met her future husband, Gene, while working at S. S. Kresge in Hartford. They were married on October 5, 1946 and purchased a house on Crystal Lake in Ellington with their first child, Michael (born Nov. 1948) in tow. Two brothers: Paul (1952) and Steven (1954) and sister Janet (1955) were soon to follow. Rice Heights was their next destination, the family moving in the summer of 1955. Six weeks later their “Welcome Wagon” was named Hurricane Diane, flooding the family out of their apartment sending them to a relative’s home in Concord, Mass. Eventually, they moved to Manchester where they raised their children before settling in Glastonbury.

There are many transcendent moments in one’s life.  One of mom’s was an employment offer by SNET where she worked for 38 years (including her time at AT&T). She truly enjoyed her work but for Colleen it was all about the people. They became her workmates, fellow pranksters, travel companions, spiritual advisors, and fellow gamblers. Many of the friendships she cultivated would last over 70 years.

Mom retired in 1989 at the age of 61. Well, you guessed it. Her idle hands brought her new opportunities to enrich the lives of others: Nannying and the Tutwiler Clinic were her new full-time job (she also squeezed in a few rounds of golf, travel and a Josh Groban concert or two).

Known fondly as “Mrs. B”, she was chef, chauffeur, nurse, confidante, teacher, and master clothes folder.  More importantly, she became an integral part of the families she nannied for through the years.  She cared for their children as if they were her own and often went above and beyond for the children and their families.

The start of her relationship with the Tutwiler Clinic is still a bit of a mystery, but her dedication and enthusiasm for helping those less fortunate, is not. Rumor had it she maintained two storage trailers filled with donations headed to Tutwiler. She took her clothes collecting, washing, ironing, folding and shipping to a professional level.

Our mom was a kind and generous person with a Maine sense of humor. She was steadfast, honest, and true, always pushing forward through hardships in her life and seeing the brighter side of events.  Christmas remained the highlight of her year. She made it very special for her family and we have many fond memories of those times with “Gram”.  She was a devoted mother and grandmother who was always there to lend a hand whenever she could. She handled her life with grace, never expecting anything in return. In celebration of Colleen’s life be helpful to someone in need when you think of her.

In June of 2012, mom moved from Glastonbury, CT to the Arbors of Hop Brook in Manchester. She loved living at the Arbors. The folks working there and the residential community that embraced her provided a special place for mom to enjoy her final years.

Special thanks to Pat Hills and the wonderful staff at the Arbors of Hop Brook for their kindness and support, as well as, the Hospice Team at the Visiting Nurse and Health Services of CT and the compassionate care given by her caregivers, Arlene and Sandra.

A celebration of Colleen’s life will be held at a later date.  In lieu of flowers, please send memorial donations in memory of Colleen to the Tutwiler Clinic: www.tutwilerclinic.org. Please visit www.tierneyfuneralhome.com to leave online condolences.

Share Your Memory of
Colleen
Upload Your Memory View All Memories
Be the first to upload a memory!
Share A Memory
Send Flowers