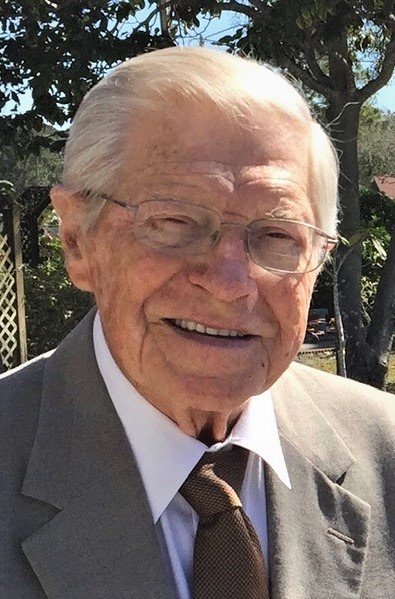 It is with great sadness that the Leonowicz Family announces the passing of our beloved father and grandfather, John V. Leonowicz, of 29 Sabal Palm Drive, Largo, Florida. John entered eternal rest on Thursday, May 13, 2021 at the age of 88 while in the loving care of Suncoast Care and Hospice Center.

John was born in Philadelphia, Pennsylvania on December 28, 1932, to his father John Leonowicz and mother, Victoria Banarzok. He was one of five children.

He enlisted in the Navy in June of 1951 and worked as a Physician’s Assistant on the Aircraft Carrier USS Lake Champlain (CVA39) as well as various Navy assignments in local hospitals, including one in New London, CT where he met his future wife, Mary Orfitelli of Manchester, CT who was a nurse there. While serving in the Navy he received various medals of Honor including the United Nations Service Medal, The European Occupational Medal, the Korean Presidential Unit Citation, and the National Defense Service Medal.

John was honorably discharged from the Navy in June of 1955 and was married to Mary Orfitelli in 1956. He eventually settled in Manchester, CT where they dedicated themselves to raising six children - five boys and one girl.

John worked for several years at Orfitelli’s Royal Ice Cream in Manchester, CT and later went on to work at United Technologies Research Center as a machinist and fabricator of precision aerospace and aircraft engine parts.

He retired from United Technologies in 1992 after 25 years of service. Years later John and Mary moved to Largo, FL where he loved to golf, bowl, and travel. John was also a long-time, active member of the Largo Elks Club and the American Legion. John was an avid boater and sailor and was happiest when he was on the water, captaining his ship.

John was preceded in death by Mary, his loving wife of 51 years, his 3rd born, son Gary, his parents John and Victoria; his dear friend and companion of ten years, Inge Desmore, his daughter-in-law, Dorothy Leonowicz and his four siblings – Irene Crane, Rita Viola, Henrietta Leonowicz, and Richard Leonowicz.

A graveside service with military honors will be held at St. James Cemetery, Manchester, CT, on Wednesday, June 9th, at 10:00 a.m.

People wishing to honor John’s lifelong commitment to family and friends can make donations to The Alzheimer’s Association or The American Cancer Society.

Share Your Memory of
John
Upload Your Memory View All Memories
Be the first to upload a memory!