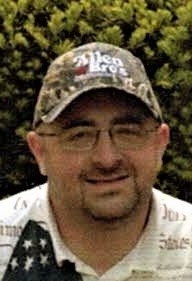 Daniel Forcucci, 44, of Manchester, the beloved husband of Rachel K. (Santom) Forcucci died Saturday, May 29, 2021 at his home.  Born in Hartford, he was the son of Joseph and Robin (Boisseau) Forcucci of Tennessee, formerly of Colchester.  In addition to his wife and parents, he is survived by his children Simon Forcucci and Anna Forcucci of Manchester; his sister Becky Knowles and her husband Royce of Tennessee, formerly of Colchester; his mother and father-in-law Christine and Michael Santom of New Hampshire.  He will be sorely missed by Rachel’s brothers, Andrew and Peter Santom who considered Dan their third brother.  Dan had a wonderfully large extended family, numerous aunts, uncles, nieces, nephews, cousins and so many friends who enjoyed his excitement for living.

Dan’s proudest moments in life centered on his family. Known as “Papa” to his children, Dan relished watching Simon and Anna grow and succeed in all of their endeavours, including fishing, hockey, Irish Step dancing, and playing Gaelic football. The Forcucci family habitually gathered their children and so many friends together to enjoy campfires, spectacular Independence Day fireworks shows, outdoor activities and had taught many a family the ins and outs of homemade pasta-making. He was the life of the party and loved to fill his backyard with the sounds of laughter and children playing. If anyone needed a baby rocked to sleep, a toddler entertained, or a beer in their hand, Dan was the man for it. He also earned the esteemed title of Feis Dad for our wonderful Irish dance family. Dan’s devout faith served as a model for his family and others who knew him best. He was the first to step up to help anyone in need, bringing generators, chopping trees, shovelling snow, and fixing anything.

A Mass of Christian Burial will be celebrated on Friday June 4th at 12:00 pm at St. James Church 896 Main St. Manchester followed by burial in East Cemetery, Manchester.  Family and friends may call at the John F. Tierney Funeral Home 219 West Center St. Manchester on Thursday from 4-7 pm.

The family asks that you leave online condolences in the form of a favorite memory.   Friends have set up a gofundme account to help secure the Forcucci family’s future education and expenses, it can be found at:  Forcucci family education, organized by Sandra Nichols

To send flowers to the family or plant a tree in memory of Daniel Forcucci, please visit Tribute Store
Thursday
3
June

Share Your Memory of
Daniel
Upload Your Memory View All Memories
Be the first to upload a memory!
Share A Memory
Send Flowers