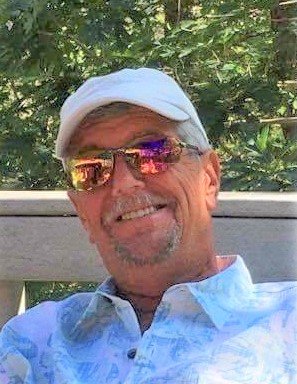 John “Johnny” K. Anderson, 74, of Vernon, CT passed away suddenly on June 16, 2021. He was born at St. Francis Hospital in Hartford, CT to Merrill and Isabelle Anderson of Manchester, CT.

John spent his childhood in Manchester where he forged lifelong friendships. A 1965 graduate from Manchester High School in Manchester, CT, he was an active participant in intramural sports, Boys’ Leaders Club, French Club, and golf team. After high school and prior to joining the service, he worked at Moriarty Brothers auto dealership in Manchester.

In 1966, John enlisted in the United States Air Force as an Aircraft Maintenance Specialist and crew leader. He served overseas in Germany, Taiwan, Vietnam, and Greece. He enjoyed traveling throughout Europe and continued living in England after receiving his Honorable Discharge in 1970.

He was an entrepreneur at heart, starting and running several successful businesses over the years. Later in his career, John was a successful member of the Bolle’s Motors sales team in Ellington, CT where he fostered strong relationships with his co-workers and clients.

For more than 30 years, John was an active member of the greater Vernon community, believing that being involved in local government was the best way to positively impact the lives of others. He was a long time Chairman of the Vernon Republican Town Committee, served in a leadership role on the Water Pollution Control Authority, and most recently served as the Republican Registrar of Voters since 2013. John was rooted deeply in the Vernon/Manchester area and he volunteered his time coaching baseball and at special events, including the annual Thanksgiving Day Manchester Road Race. A talented speaker and writer, he also penned numerous opinion pieces that were published in the Hartford Courant, Journal Inquirer, and other local papers over the years.

John was happiest when he was with family or rooting on the Red Sox from the “Bud Deck” at Fenway, spending time at the Cape, or winning a $2 Nassau with his golf partners at Manchester Country Club. A loving brother, father, uncle, and cousin, as well as a doting grandfather, his family meant the world to him.

He is survived by his sister Carol Vennart of Manchester, CT, brother Rick Anderson and his wife Fiona of Marlton, NJ, his daughter, Lauren Anderson of New Britain, CT, daughter Carly Anderson and her husband Joseph Young of Astoria, NY, daughter Heather Snowdon and her husband Christopher of Tewskbury, MA, son, Justin Anderson and his wife Samantha of Winsted, CT, four grandchildren, Eloise, Prudence, and Casper Anderson of Winsted, CT and Sawyer Snowdon of Tewskbury, MA, with an additional granddaughter on the way, as well as countless cousins, nieces, nephews and friends. He was predeceased by his parents, Isabelle and Merrill, and his sister, Marilyn.

His family will receive visitors at John F. Tierney Funeral Home, located at 219 W. Center Street, Manchester, CT, from 4:00 - 8:00 p.m. on Thursday, June 24th, and from 9:30 -11:00 a.m. on Friday June 25th, with funeral services following directly after. A burial service will take place after the funeral at East Cemetery in Manchester, CT, where he will receive military honors.

To send flowers to the family or plant a tree in memory of John Anderson, please visit Tribute Store
Thursday
24
June