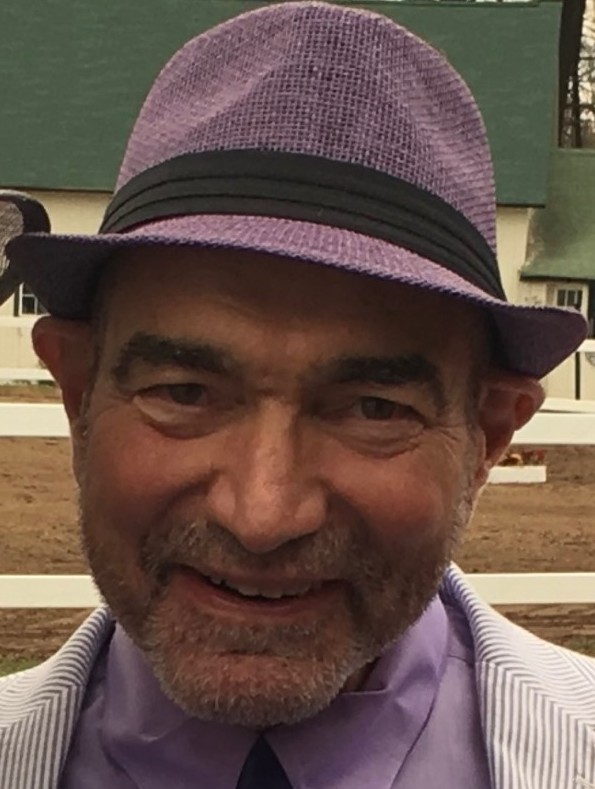 Michael T. Mistretta, 66, of Manchester, passed unexpectedly on July 1, 2021, doing what he loves, walking along the beach with his dog in Rhode Island.

Michael was born in Manchester, in November 1954. He was a lifelong resident and the son of the late Joseph and Irene (McGann) Mistretta. He was a graduate of Manchester High School

He spent his childhood years in Manchester. Michael was passionate about sports. He played on the baseball, football and basketball teams while attending Manchester High School and he was the sports editor for the High School World. He continued to be an avid fan and loyal supporter for his alma matter as an announcer at football and basketball games.

Michael received a Bachelor of Arts in History/Political Science in 1976 from Trinity College. He was a member in the Alpha Delta Phi Fraternity, and was an athlete on both the football and basketball team. He continued to support Trinity athletics as a financial supporter of the Trinity Basketball Program.

Michael embarked upon a distinguished 40-year career where he worked in a variety of positions at both Aetna Life and Casualty, where he met his wife, Carol Sargent, the love of his life and at UBS Global Asset Management, where he was an Executive Director.

Michael was predeceased by his wife, Carol (Sargent) Mistretta and his brother James E. Mistretta.

Michael was very devoted to his wife Carol, who he cherished and loved deeply. They shared almost 32 beautiful years together before her passing in March 2019, from Pancreatic Cancer. Michael spent much of his time caring for her during her illness and has since been a supporter to both Sloan Kettering and the Ron Foley Foundation in her memory. He also was a very proud dad of his two boys, Jackson and Travis. He enjoyed the time watching and coaching them in sports, and later attending sporting events, especially their father and son trips to New York to cheer on the Yankees and Giants, which he was a huge fan.

Anyone who knew Michael, would know that he did not travel anywhere without his three canine companions, Bella, Kemba, and Freddy. He loved and spoiled those dogs like they were his children. His dogs who will be forever broken hearted at the loss of their Dad.

While family, dogs, and friends were the fundamental part of Michael’s life, he was also a loyal supporter and avid fan of Manchester High School Sports, the Iona College Gaels, UConn Huskies, UConn Men’s and Women’s Basketball, and was a long-time supporter of the University Athletic Development Fund.

He also leaves behind many loving nieces and nephews; and countless friends that we could not even begin to list. He loved you all!

A Mass of Christian Burial will be celebrated on Friday, July 9th at 11:00 am at St. James Church, 896 Main Street, Manchester. Family and friends may call at the John F. Tierney Funeral Home, 219 West Center Street, Manchester, on Thursday from 4:00 – 8:00 p.m. For online condolences please visit www.tierneyfuneralhome.com. Donations in Michaels’s memory should be directed to one of the following charities:

A special note of thanks to all those that cared for Michael. A special shoutout to Kay, you are so appreciated. We are grateful for all you did these past two years.

Rest in Peace, Michael. We Will Miss You.

To send flowers to the family or plant a tree in memory of Michael Mistretta, please visit Tribute Store
Thursday
8
July

Share Your Memory of
Michael
Upload Your Memory View All Memories
Be the first to upload a memory!
Share A Memory
Send Flowers