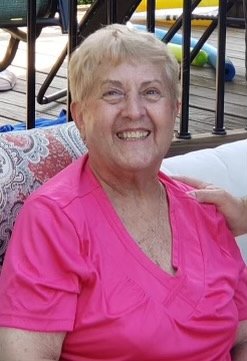 Anne Marie (DeCosta) Helin, 78, beloved wife of Victor M. Helin for 54 years and “Mum” to her sons, died unexpectedly on July 18, 2021 from natural causes.  Anne was born in Fitchburg, MA to the late Joseph and Mary (Cotton) DeCosta, graduating from St. Bernard’s High School in Fitchburg, MA in 1961.  Anne retired from Saint James School (Manchester, CT) after many years of service.

More than anything, Anne enjoyed spending time with her family, and being one of the most spirited spectators at the thousands of baseball, soccer, basketball games and dance recitals she enthusiastically attended.  She was also an avid Red Sox and UConn fan, and enjoyed reading to her beloved first graders.

Anne was a two-time, 15+ year cancer survivor.  When faced with a dire Multiple Myeloma diagnosis, she had a simple response:  I have my faith and family, the rest will take care of itself.  And, with help from friends and staff at St. Francis Hospital and the Multiple Myeloma Research Foundation (MMRF) that is exactly what happened – she beat it.

In addition to her husband Victor, she is survived by her sons, Christopher Helin and his wife Stacey of Manchester, CT, Michael Helin and his wife Kristen of Ellington, CT, and John Helin and his girlfriend Erin Winker of South Windsor, CT.  She also leaves behind four granddaughters, Stephanie, Christina, Mikayla and Isabella Helin; her brother, Edward (Dorothy) DeCosta, sister, Kathleen DeCosta, niece Lori DeCosta and nephew Anthony DeCosta. She is predeceased by her beloved son, Matthew Helin, who passed away in 1992.

In lieu of flowers, donations may be made in honor of Anne’s name to the Multiple Myeloma Research Foundation at www.give.themmrf.org.

To send flowers to the family or plant a tree in memory of Anne Marie Helin, please visit Tribute Store
Thursday
22
July

Share Your Memory of
Anne Marie
Upload Your Memory View All Memories
Be the first to upload a memory!
Share A Memory
Send Flowers