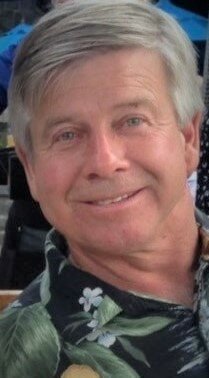 Richard (Rick) Edward McDonald of Bolton, CT, 68, passed away peacefully at Hartford Hospital Conklin Building on August 26, 2021, with his family by his side after a courageous four year battle with Multiple Myeloma. Rick was born on August 27, 1952, to William and Winifred (Risley) McDonald in Hartford, CT. He was a 1970 graduate of East Hartford High School where he grew up before moving to Bolton in 1978.

Rick had a varied career in the food industry which began in high school working with Generis Caterers. Rick eventually started his own catering business where, in his words, the best part of his day was his customers. Rick retired from catering in 2013 which finally allowed him plenty of family time.

He greatly enjoyed working with his son at East Side Junk Company and spending time with him and the guys in the company shop at the end of day. Any time spent with his grandchildren was always “the best time” and family vacations at Sebago Lake, ME; Edisto, SC; Hampstead, NC or just day trips or weekend getaways to Matunuck, RI were all treasured memories.

Rick played baseball and/or softball for over 50 years starting with East Hartford Little League when he was a young boy and continued into his later years with his beloved Country Carpenter teammates. He was also an avid golfer and member of Tallwood Country Club. He was a die hard fan of the New York Yankees, New York Giants, and UCONN Huskies.

Rick was a hard working, devoted family man with a quiet manner and quick smile that just made him an easy guy to like. His sense of humor was always perfectly timed and he had a great knack for always knowing what to say whether it was a funny story or words of comfort and reason. He always looked for the positive and believed in making the best out of your situations. This was never demonstrated more than during his illness. He was the one uplifting the medical staff when they were trying to treat him for yet another setback. His oncologist stated it best in a recent communication to the family. “Rick represents all that is good in the world – quietly and selflessly making our world better for all he came to know.” These are the words that will forever best describe who Rick was.

He is survived by his best friend and loving wife of 46 years, Jan; his son, Richard McDonald, Jr. and his wife Sandy; his daughters, Kelley Meagher and her husband Wayne; Katie McCarthy and her husband Mark; his beloved grandchildren Nicole, Alanna and Ricky McDonald; Emily and Julianna Meagher; Dylan and Madelyn McCarthy, and his extended family Jacob Medina and Amanda Theriaque and her children Noah and Benjamin. Rick is also survived by his brother William McDonald and his wife Donna; his nephew, Billy; nieces, Stacie and Tiffanie; so, so many friends who meant the world to him, and last but not least, his faithful companion and nap buddy, Rocky.

The family would like to extend their heartfelt thanks and appreciation to Dr. Kenneth Anderson and the doctors, nurses, and staff at the Dana-Farber Cancer Institute, the Starling Physicians Infusion Center and Hartford Hospital Conklin Building, 3rd floor. In lieu of flowers, donations may be made to the: Multiple Myeloma Research Foundation P.O. Box 414238 Boston, MA 02241-4238

2 Timothy 4:7 - I have fought the good fight, I have finished the race, I have kept the faith.

To send flowers to the family or plant a tree in memory of Rick McDonald, please visit Tribute Store
Friday
3
September

Share Your Memory of
Rick
Upload Your Memory View All Memories
Be the first to upload a memory!
Share A Memory
Send Flowers