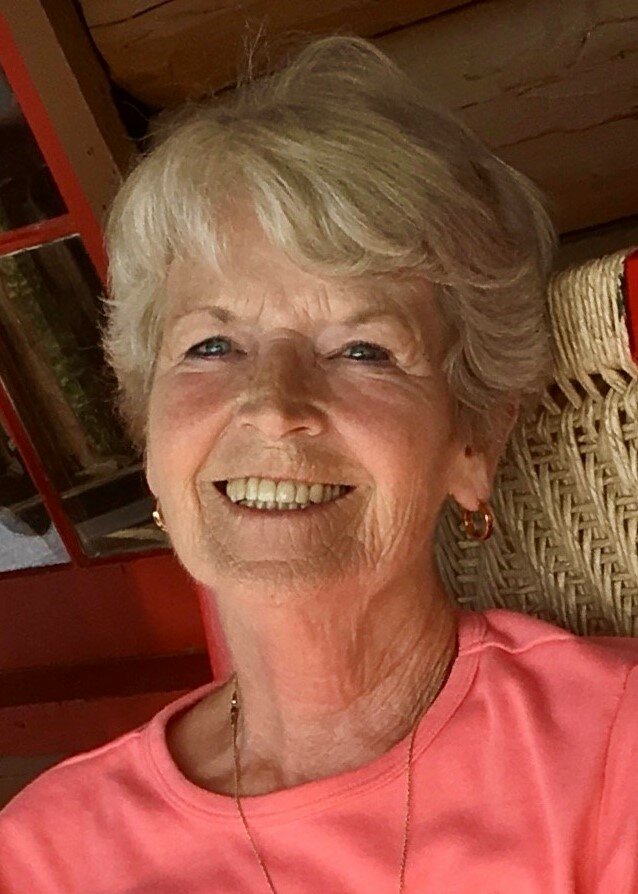 Jean Lefebvre, our beloved wife, mother, grandmother, and friend, left this world peacefully on September 13, 2021 at age 78 surrounded by her family. Jean was born to Harold and Marion Handren on September 15, 1942 in Taunton, MA. She spent her early years in Attleboro until she married her husband, David Lefebvre, and moved to Connecticut. Together they raised two daughters, Melissa Brancati and Jeannette Foster of Tolland, CT.

Her courage, strength, generosity, and indominable spirit touched family, friends, and strangers. She was a woman of deep faith, which she described as both conventional and spiritual. She saw God’s beauty and grace in the world around her and gave to others through her volunteerism and art. A Reiki Master, she brought comfort to many through her volunteer work with Visiting Nurses and hospice. She loved to lose herself in a book, enjoyed adventurous travel to places such as China, Thailand, Peru, Egypt, Spain, England, Alaska and Hawaii, and celebrating other countries and their cultures. Her favorite job was at Clarke Insurance, where she built a career as a commercial service representative and counselor until she eventually retired.

Survivors include her husband, David, of Manchester, her daughter and son-in-law Melissa and John Brancati, her daughter and son-in-law Jeannette and Barry Foster, her grandchildren: Brianna, Luke, Chance, Ross, Cole, and Olivia. She is also survived by her siblings Charles (Sue) Handren, Warren (Marie) Handren, and Laurie Wood, and is predeceased by her parents and her sister, Linda Lewis.

Family and friends are invited to say a final goodbye to Jean at John F. Tierney Funeral Home at 219 West Center Street in Manchester, CT on Monday, September 20th , from 4 – 7 p.m.. A celebration of her life will be held on Tuesday, September 21st at 11 a.m. at Center Congregational Church (CCC), 11 Center Street, Manchester, CT. Jean was a tireless volunteer for many CCC committees and with that in mind she asked that any donations in her memory be sent to the church.

To send flowers to the family or plant a tree in memory of Jean Lefebvre, please visit Tribute Store
Monday
20
September

Share Your Memory of
Jean
Upload Your Memory View All Memories
Be the first to upload a memory!
Share A Memory
Send Flowers
Plant a Tree