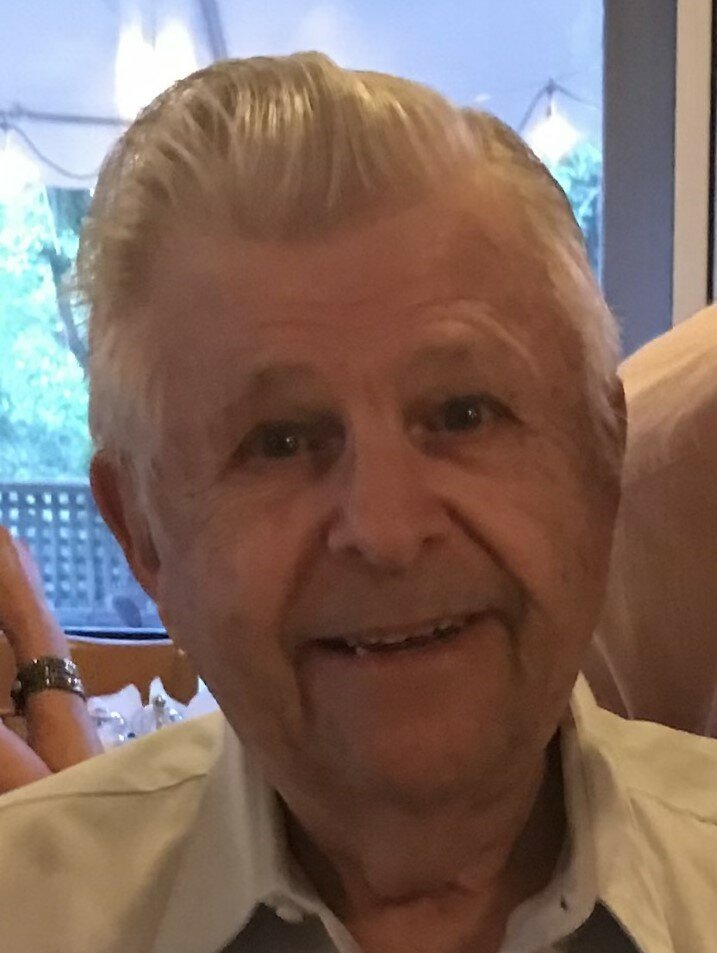 Obituary of Edward A. Bachl, Sr.

Edward was born in Hartford on August 7, 1933, to the late Anthony and Mary (Wodal) Bachl and was raised primarily in Glastonbury. He lived in Bolton for the past 56 years in the house that he built. After serving in the United States Air Force as a combat aircrewman during the Korean War, he worked as a private detective for the Pinkerton Detective Agency before joining Southern New England Telephone Company, where he worked for 36 years. Ed was a member of the Telephone Pioneers, Manchester Coon and Fox Club, and was a communicant at St. Maurice Church, where he was a head usher for many years. He was an active member in the Bolton Senior Center, where he and his wife co-chaired the trip committee and, in later years, enjoyed attending weekly poker. Ed further enjoyed fishing, bowling, gardening, and watching his beloved New York Yankees and Indianapolis Colts. He greatly enjoyed travel, visiting his grandchildren, and spending time with family.

In addition to his wife, Joyce, he was predeceased by his sister and brother-in-law, Evelynn and John Latham, and his sister-in-law and brother-in law, L. Margaret and George Maneggia. Ed is survived by his children, Edward A. Bachl, Jr., Lisa B. Therriault, and Krista L. Bachl, as well as his cherished grandchildren, Amelia, Isaac, Tessa, Dustin, and Avery. He is also survived by his treasured nieces and nephews that he loved as is own: Sharon and David Woodward, Patricia Maneggia, Yolanda Jenkins, and Karen Collinsworth. Additionally, he adored his great and great-great nieces and nephews, Christine, Thomas, Caiden, Brodie, Finnegan, Karen, Travis, Mason, Jack and Oaklyn. He also leaves behind many dear friends from all parts of his life that brightened his days and shared many wonderful memories with him and his family.

The family wishes to express their gratitude to the Visiting Nurses of Vernon, particularly Darcie Winebarger, who advocated for and supported Ed tirelessly, and Lucy Peprah, who Ed referred to as his house-friend, caring for him until the end.

Funeral services will be held on Wednesday, October 13, 2021, at 9:00 am at John F. Tierney Funeral Home, 219 West Center St., Manchester, followed by a Mass of Christian Burial at 10:00am at St. Maurice Church, 32 Hebron Rd., Bolton. Burial will follow in Bolton Center Cemetery, Bolton. Calling hours will be Tuesday, October 12, 2021, from 5-8pm at the funeral home (please wear a mask). Memorial contributions may be made to the Bolton Senior Citizen Organization, Inc., c/o the Bolton Senior Center, 222 Bolton Center Rd., Bolton, CT 06043.

To send flowers to the family or plant a tree in memory of Edward Bachl, Sr., please visit Tribute Store
Tuesday
12
October