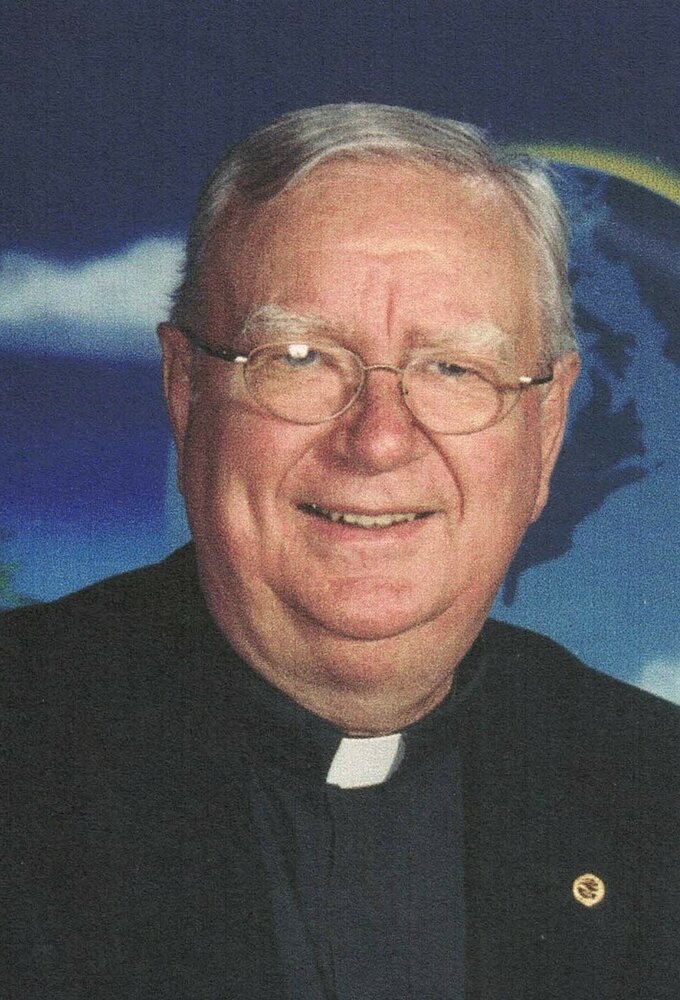 Rev. Edmund R. Gutowski, C.M., died in St. Mary’s Home in West Hartford, at the age of 88, on October 7th, 2021. He was born in Brooklyn, New York on November 16th, 1932, he was the son of the late Anthony Gutowski and Stella Jablonski Gutowski. He was baptized in the parish Church of St. Stanislaus Kostka. As he grew, he attended St. Stanislaus School, later attending St. John Kanty Prep School in Erie, PA. After his graduation, he attended Niagara University.

Subsequently, he applied to the Vincentian Community and attended St. Joseph’s College in Princeton, NJ. After completing his Novitiate in Germantown, PA, he studied at the Mary Immaculate Seminary in Northampton, PA. He was ordained to the priesthood in 1960 by The Most Rev. John A. O’Shea, C.M., exiled Bishop of Kanchow, China. He spent his first year after ordination at St. Stanislaus Kostka Parish in Brooklyn, NY. In 1961, he was sent to Erie, PA as part of a preaching group. In the fall of 1962, he began teaching English I and English III. In 1963, he joined the faculty of St. John Kanty Prep and began teaching Civics and Christian Doctrine IV. He was assigned as the Assistant Director of Students.

In September 1971, he received a master’s degree in Library Science from St. John’s University in New York. He was religious Assistant Superior for nine years. In November 1975, he weas elected to the Provincial Council of the newly formed New England Province of the Congregation of the Mission. For three years, he was Assistant Provincial. In 1966, he became head of the Mass Department in Erie, PA, a post he held for 14 years. He was Director of Admissions of St. John Kanty Prep in Erie, PA, for 6 years. In 1981, he began his service as a missionary in Algeria, then as a teacher and chaplain in Istanbul, Turkey at the Austrian sponsored St. Georg’s School for several years. He spent time in Algeria, Rome, Istanbul and New Hampshire. In 1994, he was stationed in New Haven, CT, at St. Stanislaus Parish. After 7 months, he was moved to DePaul Provincial House in Manchester, CT, as an Archivist, where his job was to organize the Provincial archives. In 2020, he observed the Golden Jubilee of his Ordination to the Holy Priesthood. He was at the DePaul Residence at the time of his death.

The Funeral Mass will be celebrated at St. Stanislaus Kostka R.C. Church, 607 Humboldt Street, Brooklyn, NY at 12:00 p.m. on Tuesday, October 12th, 2021, Bishop Witold Mroziewski will be main celebrant. His body will lie in state from 11:00 a.m. Burial will be in St. John’s Cemetery, Queens, NY.

To send flowers to the family or plant a tree in memory of Rev. Edmund Gutowski, please visit Tribute Store
Tuesday
12
October

Share Your Memory of
Rev. Edmund
Upload Your Memory View All Memories
Be the first to upload a memory!
Share A Memory
Send Flowers
Plant a Tree