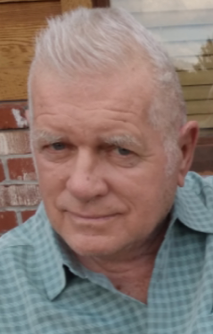 Please share a memory of Edward to include in a keepsake book for family and friends.
View Tribute Book

Edward Louis Godbout, 84, of Manchester, beloved husband of 58 years to Joan Muszynski Godbout, went home to Jesus on November 18, 2021, after a valiant battle with kidney cancer.

Eddie, son of the late Catherine ‘Kay” Godbout, was born and raised in Hartford, graduating from Weaver High School and the University of Hartford. Over the years he worked at Command Aircraft, sold Electrolux vacuum cleaners, taught high school math beginning at RHAM, then spent over 30 years at Wethersfield High School and was a popular SAT tutor.  He always took a sincere personal interest in everyone he met, especially his students.

Edward was a loving father of 2 girls, Melissa Godbout of Manchester and Tamara Wolfe and husband William Wolfe of Colchester, and grandfather of 5, Cynthia Wolfe, Patricia Wolfe Loucraft and husband Kolbe Loucraft, William Wolfe III, Stephanie Wolfe, and JohnPaul Wolfe, and a first Great Grandson Desmond Loucraft.  He is survived by 1 brother Richard F. Godbout and wife Evelyn of Ridgefield, and 2 sisters, Marilyn A. Perone and her beloved deceased husband Peter of West Hartford, and Catherine E. Wynn of Manchester.

Always on the go, Eddie could never sit still long. He loved walks, especially by the ocean at his old childhood stomping grounds, Point O’ Woods in Old Lyme, Newport’s cliff walks in Rhode Island, Ogunquit’s Marginal Way, and Gooch’s Beach in Kennebunkport, Maine. Always a twinkle in his bright blue eyes, Edward loved to laugh, especially at his own tomfoolery. Other passions included swimming and diving into pools with good form (at 79!), going for drives to places with superb views such as the Mohawk trail and up Mt. Greylock, and eating at diners: “Pass the mashed potatoes and corn, please!” He loved watching certain movies over and over such as Somewhere in Time, John Wayne Westerns, and TV series on astronomy. Most of all, Edward loved helping people, always giving his time and support to those in need which led him to serve the Lord as a 3rd order Carmelite. He was an active and committed member of Assumption Parish in Manchester.

Family and friends may call on the John F. Tierney Funeral Home, 219 W. Center St., Manchester, on Monday, December 20th from 9:30-10:30 a.m., followed by a Mass of Christian Burial at Church of the Assumption, with burial at East Cemetery.

To send flowers to the family or plant a tree in memory of Edward Godbout, please visit Tribute Store
Monday
20
December