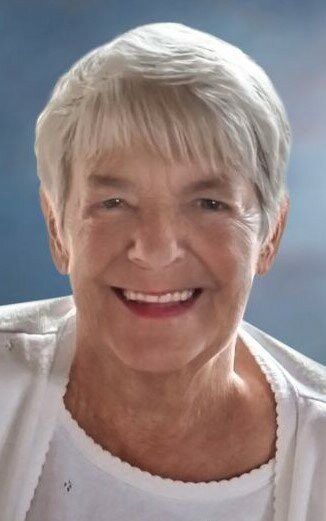 Barbara Ann (DeCapua) Colletti, 78, of Manchester joined the love of her life, husband Thomas, in heaven on December 3, 2021. Born in Hartford, CT on September 20, she was the daughter of the late Catello V. DeCapua and Marjorie (Allison) DeCapua. Barbara graduated from East Hartford High School, and shortly after married Tom and started their family. She was later employed by The Manchester Herald, and the Town of Manchester’s Building and Human Resource Departments. After retiring she spent the next seven years as a crossing guard at Robertson School and cherished that time with “her kids” and their families.

Barbara loved cooking for her large Italian family and anyone they brought to her table, knitting, and dancing to doo-wop especially during family events and Saturday morning chores. Her children lovingly referred to her as “The Mayor” because everywhere they went Barbara would run into someone she knew from her time volunteering at Bowers School, Manchester Midget Football, Little League and Cub Scouts among others. To her grandchildren she was quite simply “The Gram” who never missed one of their life events, always beaming with pride and her big, beautiful smile. Everyone cherished the opportunity to spend time with Barbara as she only exuded love, encouragement, and appreciation for all.

In lieu of flowers, donations can be made to The American School For The Deaf, 139 N. Main Street, West Hartford, CT 06107. Calling hours will be Friday, December 10th from 4-7 pm, at John F. Tierney Funeral Home, 219 W. Center Street, Manchester, CT. Graveside services will be held Saturday, December 11th at 11:00 am in East Cemetery, 220 E. Center Street, Manchester, CT.

The family will host a celebration of life for both parents at a later date.

To send flowers to the family or plant a tree in memory of Barbara Colletti, please visit Tribute Store
Friday
10
December

Share Your Memory of
Barbara
Upload Your Memory View All Memories
Be the first to upload a memory!
Share A Memory
Send Flowers
Plant a Tree