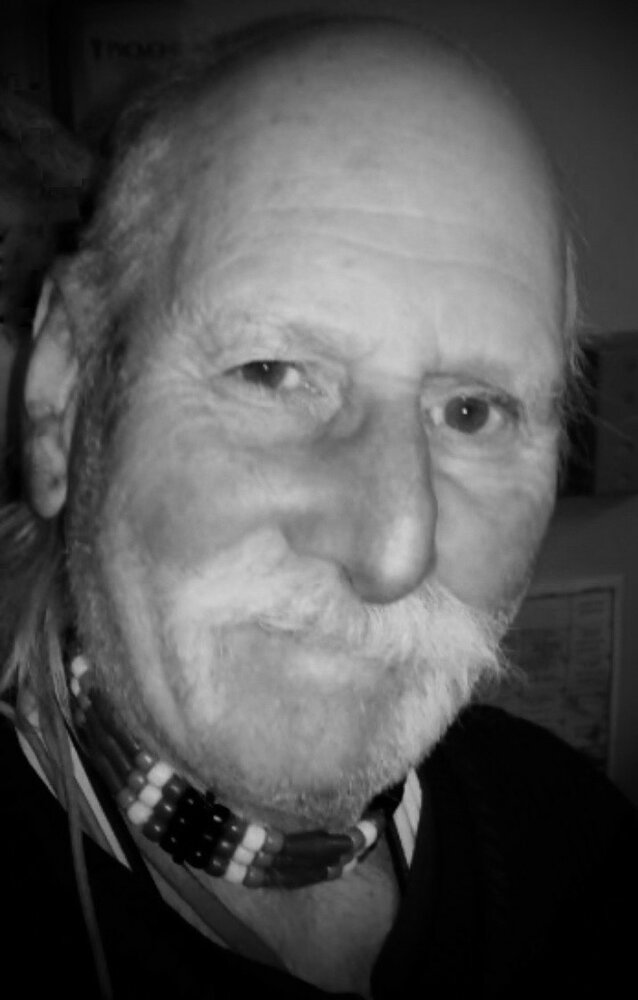 Robert “Bruce” Grey Bear Sheftel, 81, died Sunday, December 5, 2021, at his home surrounded by family.  Born in Brooklyn, NY he was the son of the late Albert R. and Irene (Fortin) Sheftel and had lived in Manchester and Vernon for many years.

Bruce is predeceased by the two loves of his life Beatrice Kathryn Sheftel and Patricia Gentle Rain Sanden.

He is survived by his son Robert Sheftel and his wife Kara of Manchester; his step-daughter and caretaker Linnea Madore and her husband Rick of Manchester; and his grandchildren Reillyn, Mackenzie, and Randall. Bruce had two brothers, Richard Sheftel and a brother by choice Giving Elk.

He was blessed with countless friends across the many communities where he was welcomed including the First Nation Tribe of the Metis and the Nipmuc community out of Holland Massachusetts.

Bruce had retired from the Town of Manchester Public Works Department and later loved his job as a school crossing guard in his retirement.   He worked on Wall Street, designed dresses, and was one of the last employees of the famed Cheney Mills.

As a historian, Bruce was often able to provide little known insight on Revolutionary and Civil War history. As an artist his traditional beadwork and historically accurate moccasins were on display in museums.

Family and friends may call at the John F. Tierney Funeral Home 219 West Center St. Manchester on Thursday, December 9th from 4-7 pm. A funeral service will be held on Friday, December 10th, at 11 am at St. Mary Church 41 Park St. Manchester, followed by burial in East Cemetery.

In lieu of flowers, please send donations to the Michael J. Fox Foundation to assist in the fight against Parkinson’s at P.O. Box 5014, Hagerstown, MD 21741-5014.

To send flowers to the family or plant a tree in memory of Bruce Sheftel, please visit Tribute Store
Thursday
9
December

Share Your Memory of
Bruce
Upload Your Memory View All Memories
Be the first to upload a memory!
Share A Memory
Send Flowers
Plant a Tree