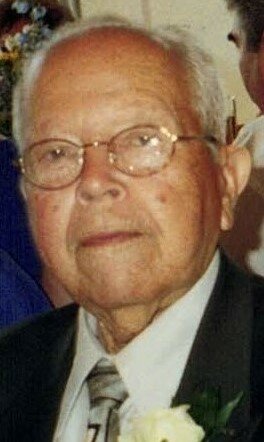 Eduardo Contreras, 106, of Manchester, died Saturday, December 11, 2021, at his home. He was born May 17, 1915, in Colombia, South America, and had lived in Manchester, CT for 58 years. Eduardo was the first of many in the family to make the long trip to the United States. He came alone with the primary goal of offering a new beginning to his wife and family. Through hard work, he was able to bring his wife and five children to what would become their new home. Eduardo was a caring, helpful and giving person. Many felt his kindness, and his treatment of others epitomized the qualities others seek to replicate. Eduardo also had a great sense of humor. His playful demeanor and fun chuckle will be remembered fondly. Eduardo was a great man who was a great inspiration to his family. His legacy is the story of a man who paved the way for those he loved; and those he loved will miss him dearly.

Family and friends may call on the John F. Tierney Funeral Home, 219 W. Center St., Manchester, on Wednesday, December 15th from 9-11 am, followed by a funeral home service at 11 am, with burial at St. James Cemetery.

To send flowers to the family or plant a tree in memory of Eduardo Contreras, please visit Tribute Store
Wednesday
15
December

Share Your Memory of
Eduardo
Upload Your Memory View All Memories
Be the first to upload a memory!
Share A Memory
Send Flowers
Plant a Tree