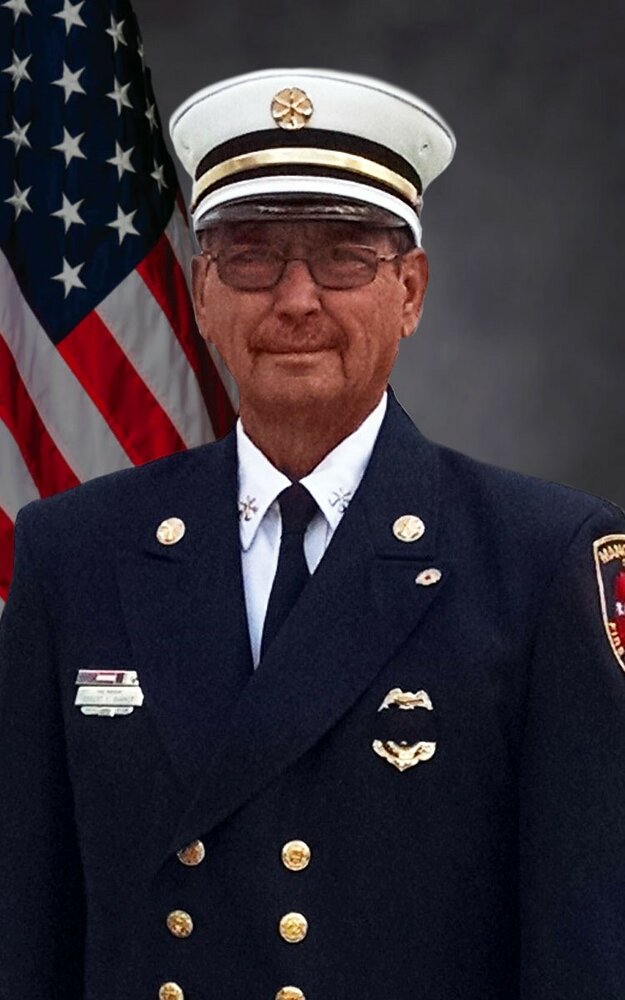 Robert T. Barker, 73, of Manchester, CT passed away on December 18, 2021, with his family by his side after a two-year courageous battle with cancer.

Robert dedicated his life to public service. He was a distinguished member of the Manchester Fire Rescue EMS Department for nearly 40 years, serving 29 years as a firefighter and 10 years as Deputy Chief & Fire Marshal. He was recognized in 2001 as Firefighter of the Year and won a distinguished service award in 2006. Robert loved Manchester and always said his job was, “to keep the residents of Manchester safe.”

Robert was born April 19, 1948, to the late Barbara and Charles Barker. He graduated from Cheney Technical High School and worked as an electrician for four years before becoming a member of the Manchester Fire Rescue EMS Department. During his career he served as President of Local 1579 IAFF for four years, Board Member of Manchester Municipal Federal Credit Union, member of CT Fire Marshals Association, Capital Region Fire Marshal Association, CT Fire Chiefs Association, Town of Manchester Building and Safety committees, the Dutch Fogarty Independence Day Celebration committee, Manchester Elks Lodge #1893, and was a lifetime member of The Hundred Club and the International Association of Arson Investigators.

Robert was always involved in his children, grandchildren, and great grandchildren’s lives. He was active in PTO organizations, founded the soap box derby program in Manchester and was New England Regional Director of the All-American Soap Box Derby in Akron, Ohio.

Robert was a car lover and owner of two antique cars. He always participated in Cruisin’ on Main, served as Chairman, and was named Cruisin’ on Main’s Volunteer of the Year in 2018. He was an antique toy collector and was affiliated with the A.C. Gilbert Society.

Robert is survived by Linda Barker, his wife of 28 years who he always said, “was the love of his life” and marrying her was “the best thing that ever happened to him.”

He leaves his daughter Kimberly Natale and her husband Nicholas of Windsor Locks; his daughter Terri Jurewicz and her husband Francis of Vernon; a stepson Gregory Layok (Kimberly) of Chicago, IL; two sisters Susan Barker of Vernon, Carol Barker of Windsor; a brother Scott Barker of Stafford; the mother of his children, Elaine Villano of Orlando, FL; his sisters-in-law, Marjorie Doolan and Debbie McDonald of Danbury and Kathy McDonald of Southbury; as well as many special nieces and nephews.

He was predeceased by his Aunt Nancy Olsen with whom he was very close and a dear friend Charles Smith.

The family would like to extend a special thank you to his kind and caring oncologist, Dr. Jessica Clement and her equally amazing APRN Colleen Brown. They fought hard to keep him with us for two years after his initial diagnosis. For that, we are very grateful.

After their retirement Linda and Robert spent time traveling and enjoying their favorite spot, Brewster, MA on Cape Cod. Even though his life was cut short by his bout with cancer, he still left his entire family with a mountain of treasured memories that will live in their hearts forever. - 143 –

In lieu of flowers, the family requests that donations be made to either the American Cancer Society or Manchester Fire-Rescue-EMS, 75 Center St., Manchester, CT 06040.

To send flowers to the family or plant a tree in memory of Robert Barker, please visit Tribute Store
Tuesday
28
December