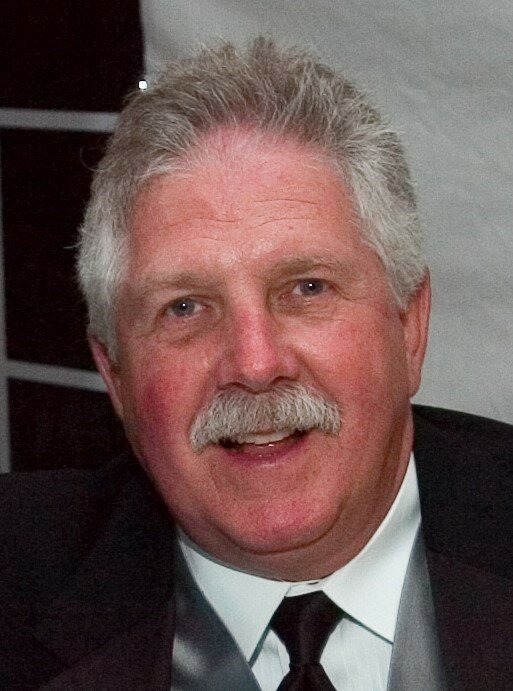 Obituary of John A. Moffitt

John Albert Moffitt, age 76, passed away on December 19, 2021, at Hartford Hospital after a courageous battle with cancer that he faced the same way he faced life: with strength and a smile.

Born on July 22, 1945 in Plattsburgh, NY, John was the oldest son of Kenneth and Theodora Moffitt and grew up in the small town of Rouses Point with his brother, William, and sister, Ellen.

There wasn’t a sport John didn’t enjoy playing, watching, or talking about - or a corny joke he didn’t love to tell! John was just as passionate about education and he loved learning, especially about history, politics, or some random fact or bit of trivia.

John graduated from Villanova University and spent most of his career working as a computer programmer for Pratt & Whitney.

In 1970, John married Kathleen Halko, and the two moved to Manchester, CT where they made lifelong friends, helped raise John’s daughters, Katrina and Pamela, and had a son, Gregory. John loved Kathy fiercely and both were dedicated community volunteers who loved helping others.

In Connecticut, John discovered another passion: softball umpiring. On most nights of the week, John could be found behind the plate calling “balls and strikes” and talking with athletes and coaches about his love of the game. In 1990, John was inducted into USA Softball’s National Indicator Fraternity to recognize his work officiating games at the national level. In 1995, USA Softball of Connecticut inducted him into their Hall of Fame to honor his dedication and commitment to the sport.

When not in Rouses Point, John was most likely eating at his favorite restaurant, Pastrami on Wry, in Manchester, where he was affectionately known as “Geno” and where he considered the staff part of the family. He loved them just as much as they loved him.

No matter where he was, John loved telling stories and being able to spend time with people. He genuinely cared about how others were doing and what he could do to help them.

John is survived by his daughter Katrina and her husband Tony of Ocala, FL; his daughter, Pamela and her son Theodore of Canton, CT; and his son Gregory, his wife Jennifer, and their daughter Madeline of Davis, CA.

A Celebration of Life is being planned for later this spring at the North Country Golf Club in Champlain, NY. For those that would like to pay their respects, Calling Hours are scheduled for Wednesday, December 29, 2021 from 2pm - 4pm at Tierney Funeral Home, 219 W. Center Street, Manchester, CT. For online condolences, please visit www.tierneyfuneralhome.com.

In lieu of flowers, the family requests that donations be made in John’s name to the Smilow Cancer Center at Yale New Haven Hospital, 35 Park Street, New Haven, CT 06519.

To send flowers to the family or plant a tree in memory of John Moffitt, please visit Tribute Store
Wednesday
29
December