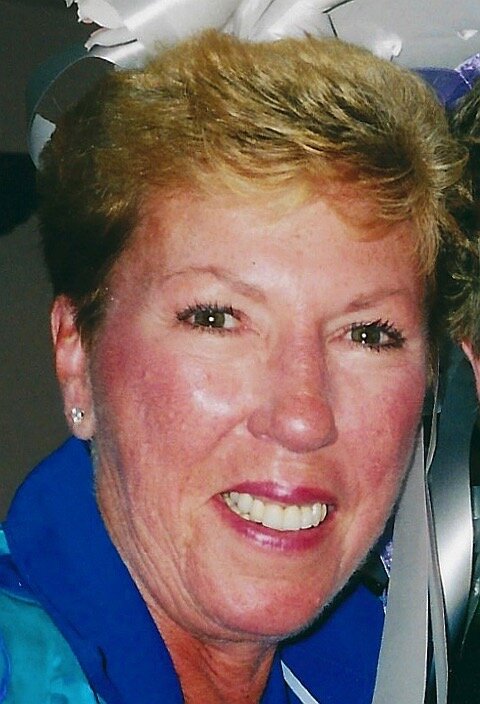 Patricia (Pat, Patti, Trisha) was born Kathleen Patricia Gillen on January 2, 1944 in Newark, NJ to Irish immigrants, Mr. Patrick J. Gillen and Mrs. Mary Cunningham Gillen of Union, NJ. She was the second born of four daughters. She was predeceased by her parents and sisters, Maureen Floriani (42) and Nancy Bateman (65). She is survived by her sister and brother-in-law, Norrie and Richard Oelkers of Morristown, NJ.

Patricia grew up with a true passion for Irish step dancing and proudly participated in several local St. Patrick’s Day parades. She treasured her Irish step dancing shoes her entire life. She occasionally laced them up and proudly danced the jig…most memorably so at her son, Kevin Patrick Travis’, wedding to his wife, Maurine Brand Travis, 25 years ago in San Diego, CA.

Patricia graduated from St. Michael’s Grammar School in Union, NJ and St. Mary’s High School in Elizabeth, NJ. She attended college at Rutgers University and Seton Hall University, both in Newark, NJ. She was employed at Schering Pharmaceutical Corp. in Union, NJ prior to her marriage to Gerard M. Travis of Brooklyn, NY on June 15, 1968 at St. Michael’s Church in Union, NJ. Gerry and Pat moved to Rocky Hill, CT after their wedding, where they lived for a few years before moving to Manchester, CT where they resided and raised their family for nearly 35 years.

Patricia had a true love and passion for being a mother and embraced her role as housewife until the children were grown and in school. Then she pursued a highly successful career in direct sales working for Busy Bee Products, a canvas luggage company based in Torrington, CT. Pat had a real knack for “throwing parties” and “selling bags” with her Irish “Gift of the Gab” and infectious positivity. She excelled in this role, advancing from Sales Rep to Vice President of Sales in 5 years. She received Top Sales Award for 5 out of 7 years. After the company went out of business, Pat worked the remaining 6 years prior to retirement as a Legal Secretary in Personal Injury/Civil Litigation at ITT Hartford Insurance Group in Hartford, CT.

Patricia was an active member of the local Catholic Church community in Manchester, CT. Pat and Gerry were long time parishioners of Saint James Church prior to becoming parishioners of Assumption Church. Pat was a member of the Catholic Mother’s Circle in Manchester, CT where she developed many close, longtime friendships. Pat and Gerry enthusiastically helped to run the fried dough booth, as well as perform other duties, at the Saint James Church Fall Festival for many years. They became Eucharist Ministers while being parishioners of Assumption Church.

Patricia proudly committed her time to serving as a member of The Legion of Mary, for many years, visiting with and delivering Holy Communion to local nursing home residents. It was deeply gratifying for Pat to be a ray of sunshine for the residents who did not have other visitors. She always loved making other people feel special and loved. She could make a stranger feel like they had known each other their entire lives. In that way, she, herself, was nothing less than special.

Pat and Gerry moved from Manchester, CT to Naples, FL in 2005, after “snow-birding” there for several winters. They enjoyed nearly 14 wonderful years of retirement there, living in Glen Eagle Golf and Country Club, where they established many close friendships. Their devotion to the Catholic Church continued as they were parishioners and active members of Elizabeth Seton Church in Naples, FL. There they volunteered their time to deliver Meals on Wheels to those in need.

In 2019, they moved to Gainesville, GA to live with their daughter, Meggan, and their precious only grandchild, Saoirse Aibhilin Gillen Travis, who was Patricia’s last great love and passion in the years before Alzheimer’s disease took its final toll on her mind and body. Patricia spent the last 15 months of her beautiful life in the excellent care of the staff at New Horizons Lanier Park long term care facility in Gainesville, GA.

Patricia is additionally survived by many nieces, nephews, and cousins. All of those whose lives were blessed enough to be touched by Patricia know that they have been touched by an angel, for she truly was one of God’s angels here on Earth. After carrying many crosses, surviving many health issues, and enduring many tragedies in her lifetime, Patricia earned her wings in Heaven and is now joyously reunited with all of the angels that have passed before her, especially her two children, Jennifer and Timothy.

In lieu of flowers, the family asks that an honorable donation be made in Patricia’s name to the Alzheimer's Association to help find a cure for the tragic disease that afflicts so many families’ loved ones.

To send flowers to the family or plant a tree in memory of Patricia Travis, please visit Tribute Store
Friday
10
June

Share Your Memory of
Patricia
Upload Your Memory View All Memories
Be the first to upload a memory!
Share A Memory
Send Flowers
Plant a Tree