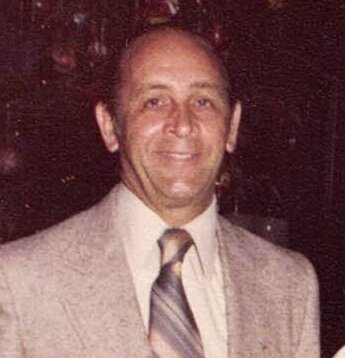 Please share a memory of Edward to include in a keepsake book for family and friends.
View Tribute Book

Edward T. Benzing, 92, of Manchester, husband of the late Mildred Benzing, died Saturday, January 22, 2022, at his home surrounded by his family.

Edward was born in Baltimore, MD, to the late Edward and Anna (Kleylein) Benzing. He married Mildred while living in Baltimore in 1960, a marriage full of love and adventure that lasted for 60 years. Millie brought her two children David who was 12 and Pam who was 8 at the time with her.  Ed loved and treated the kids as his own.

Ed was employed by Aetna as a safety engineer at the Baltimore office until he was transferred to Hartford Connecticut. He moved his family to the Hartford area where he lived the rest of his life.

Ed and Millie loved to travel.  They traveled to various countries.  Ed and Millie took the whole family to Disney and one of their more recent trips was a cruise to Alaska. Both of them loved the game of golf and were very proud of their holes-in-one! The love they had for their grandchildren was evident in all the photos you could find around their home.

Ed was an avid reader and sports fan.  He was a loyal Baltimore Orioles fan, and never missed a UCONN women’s basketball game. Ed always enjoyed a challenge whether it was a game of Suduko, a jigsaw puzzle or catching the mole destroying his lawn. He had a good sense of humor and easily made friends which is evident by his close friendships with his neighbors. Some of his neighbors and close friends include: Frank and Diane Strano, Frank was dad’s best friend and built their house. Jason and Heather Doucette with sons Ted and Charlie who would come and take out the trash for Dad. Mark Montminy who would help dad with his computer before he moved away. Chris and Lora Garrahan were his next door neighbors. And across the street is Ambar Sengupta and Ingevorg Wald.  Not to be left out are Jeff and Robin Dickinson and Dawn Anderson and Dan Mckeever.

Family and friends may call on the John F. Tierney Funeral Home, 219 W. Center St., Manchester, CT, on Saturday, February 5th, at 1:00 p.m. for a funeral home service or join the service live on zoom.

Dial by your location

To send flowers to the family or plant a tree in memory of Edward Benzing, please visit Tribute Store
Saturday
5
February