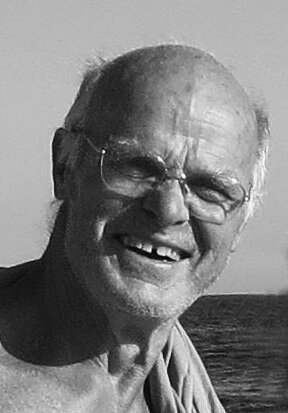 Robert Eckert, 85, of Manchester, beloved husband of Carol (Schultz) Eckert, passed away on Wednesday, January 26, 2022, at Brookdale Buckingham in Glastonbury.

Bob was born and raised in Rifton, NY in 1936, the son of Hayward and Anna Eckert. He and his brothers, John and Richard, were educated in a one room school house that had one teacher for all eight grades. He eventually entered the NY National Guard, where a superior suggested he get to the testing site for entry into West Point. He hitchhiked his way to that testing site and was admitted in 1956. While at West Point, he was a champion welterweight boxer and was known as "Maloney's Monkey" for his gymnastic skills on the bars and rings. He was also seen with the Glee Club on the Ed Sullivan show and at Carnegie Hall.

Bob graduated from West Point in 1960 (Go like 60). He spent his active-duty time in CA before accepting a position in CT with Pratt & Whitney. He had a successful career in aircraft engine maintenance before retiring in 2005. He ran 40 consecutive Manchester turkey trots, running every year from age 40-80. In his last year running, he beat his kids and grandkids to the finish! In retirement Bob designed and built sets for dozens of shows for The Little Theater of Manchester, cruised the Caribbean islands with his better half, and golfed a decent game. He did this while also making sure his grandkids were well cared for. He often joked "the artillery has nothing on a 3-year old with a drum set!” Bob enjoyed the little things in life and looked forward to simple pleasures. He found fun and humor everywhere and he was always there for loved ones with his smile, a cold beer, and an Augies hot dog. As his Alzheimer’s progressed, he found great comfort in music and joined Shared Voices, a music program designed by the Alzheimer’s organization. During the weekly meetings, Bob and Carol formed close relationships with several other couples who have been a constant source of comfort. Bob's family is forever grateful for the overwhelming love and support of our family and friends. They would like to extend a heartfelt thanks to all the staff at Brookdale for their loving caring for Bob.

In addition to his wife Carol, he is survived by his three children and their families: Chris & Tracy Eckert (Josh, Olivia); Todd & Kirsten Eckert (Kyle, Audrey); Brook and Nick Josties (Jordan, Cooper). His furbaby companion Beany misses him every day. In lieu of flowers, suggested memorial donations may be made in his name, to The Little Theater of Manchester, 177 Hartford Rd, Manchester, CT 06040, or Protectors of Animals, 144 Main St. Suite O, East Hartford, CT 06118.

Services will be private.

To plant a beautiful memorial tree in memory of Robert Eckert, please visit our Tree Store

Share Your Memory of
Robert
Upload Your Memory View All Memories
Be the first to upload a memory!
Share A Memory
Plant a Tree