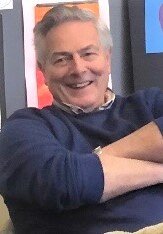 Please share a memory of Leon to include in a keepsake book for family and friends.
View Tribute Book

Leon R. Christiana, 80, of Manchester, loving husband of Suzan (Guerin) Christiana, went home to be with Jesus surrounded by his loving family at his side on Friday, January 28, 2022. Born December 20, 1941, in Hartford to the late Peter and Hazel (Devlin) Christiana. He was a graduate of Howell Cheney Technical School in 1959 and attended Hartford Technical College.

Leon enlisted and served in the US Army from 1964 - 1966 as an Airplane Repairman in Vietnam. During his time in the Army, he received numerous medals; Expert Badge (M-14 Rifle), Armed Forces Expeditionary Medal, National Defense Service Medal, and the Aircraft Crewman Badge. He was always proud of his country and was honored to have served. He passed his love and devotion for the USA to his children.

He worked several jobs providing for his family including banking. He worked at Sanadyne Corporation, Colts Manufacturing, and retired from Gerber Scientific in 2011. In his retirement, he worked for his daughter, Esther, at All Ways There Home Care. Leon had great faith in God and studied the Bible daily. He spent his lifetime helping those in need and had a great heart for the mission fields.

Leon loved the ocean and the Maine coast. He loved to travel and always had a camera in his hand (his love of photography started while in Vietnam by his friend, John Kruggel.) He also loved old cars, aircraft, woodworking and especially, American History.

The family extends a special thanks to the nurses at St. Francis Hospital for being there to hold his hand when they couldn’t. Memorial donations may be made to World-Wide Lighthouse Missions, Inc., P.O. Box 5010, Manchester, CT 06045-5010.

Family and friends may call on the John F. Tierney Funeral Home, 219 W. Center St., Manchester, CT, on Thursday, February 3, 2022, from 4 – 7 pm. A funeral home service will be held on Friday, February 4, at 11:00 am, followed by burial with military honors at East Cemetery.

To send flowers to the family or plant a tree in memory of Leon Christiana, please visit Tribute Store
Thursday
3
February

Share Your Memory of
Leon
Upload Your Memory View All Memories
Be the first to upload a memory!
Share A Memory
Send Flowers
Plant a Tree