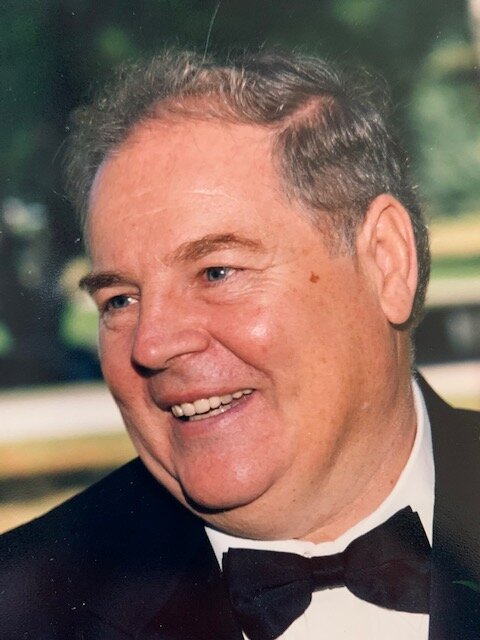 Please share a memory of Irving to include in a keepsake book for family and friends.
View Tribute Book

Irving C. August, 84, of Tolland, passed away February 9, 2022, at his home after a lengthy illness. He is survived by his beloved wife, Patricia Wiley August, his high school sweetheart and soul mate of 62 years. He graduated from Manchester High School, Class of 1956, where he was a talented athlete, playing football, basketball and Legion baseball. He joined the Air Force in 1957 and was stationed at Westover Air Force Base for four years. He received his Associate Degree in computer science in 1965 with his three children in tow. He found his niche in the computer world and even built his own computer. After retiring from General Dynamics, he was a systems analyst consultant for many years.

In addition to his wife, he is survived by his beloved children, daughter, Dawna August Esposito and her husband Tony, his two sons, Kevin and Chris and his wife Cheryl and his cherished grandson Zachary. He also leaves his beloved dog, Hailey, who never left her watch over him. He is survived by his brother Daniel (Julia) and his sister Phyllis Soucier (Richard) and several nieces and nephews. In addition, he leaves Roger and Joanne Wiley, his brother-in-law and sister-in-law and their family. He was predeceased by his parents, Anna Hoffman Fancher and James August and his brother Kenneth.

Funeral services were held privately at the John F. Tierney Funeral Home. He was laid to rest at the South Cemetery, Tolland, CT.

For anyone wishing to make a memorial contribution, please consider the Tolland Fire Department for all of their assistance over the years or the Connecticut Children's Medical Center.

To send flowers to the family or plant a tree in memory of Irving August, please visit Tribute Store

A Memorial Tree was planted for Irving
We are deeply sorry for your loss ~ the staff at John F Tierney Funeral Home
Join in honoring their life - plant a memorial tree
Services for Irving August
There are no events scheduled. You can still show your support by sending flowers directly to the family, or planting a memorial tree in memory of Irving August.
Visit the Tribute Store

Share Your Memory of
Irving
Upload Your Memory View All Memories
Be the first to upload a memory!
Share A Memory
Send Flowers
Plant a Tree