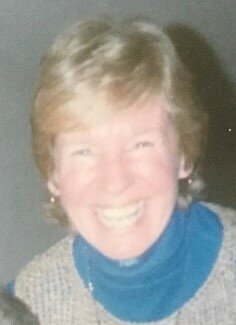 Please share a memory of Veronica to include in a keepsake book for family and friends.
View Tribute Book

Veronica (“Ronnie”) M. Talbot died peacefully on Thursday, March 10, 2022, at the age of 88. Born in Roosevelt, New York on April 19, 1933, she was the daughter of William and Mary Matthews. She grew up on Long Island and was a graduate of Andrew Jackson High School in Queens, New York. Ronnie worked as an administrative assistant at United Technologies Research Center in East Hartford for over 20 years.

She met her husband, Ray Talbot, in Watch Hill, Rhode Island and they married in 1955. Ronnie and Ray were married for almost 65 years, until Ray passed away in 2020. During their long and loving marriage, Ronnie and Ray traveled extensively to almost all of the states and to numerous countries throughout the world. They loved ocean cruises and enjoyed meeting new people on their trips, many of whom became life-long friends. Their last trip was a scenic train ride through the Canadian Rockies. They loved to dance to the music of the classic big bands and crooners at family functions, outings with friends and weddings and were the envy of all those in attendance. They especially enjoyed spending long weekends at the former Eastover resort in Western Massachusetts, dancing and socializing with old and new friends.

Ronnie is survived by her daughter, Patti Cella and her husband, Tom, of Manchester, her son, Bill Talbot, of New Hartford and her grandchildren, Matt, Nikki and Jack Cella, all of whom miss her dearly.

Services will be private.

To send flowers to the family or plant a tree in memory of Veronica Talbot, please visit Tribute Store

A Memorial Tree was planted for Veronica
We are deeply sorry for your loss ~ the staff at John F Tierney Funeral Home
Join in honoring their life - plant a memorial tree
Services for Veronica Talbot
There are no events scheduled. You can still show your support by sending flowers directly to the family, or planting a memorial tree in memory of Veronica Talbot.
Visit the Tribute Store

Share Your Memory of
Veronica
Upload Your Memory View All Memories
Be the first to upload a memory!
Share A Memory
Send Flowers
Plant a Tree