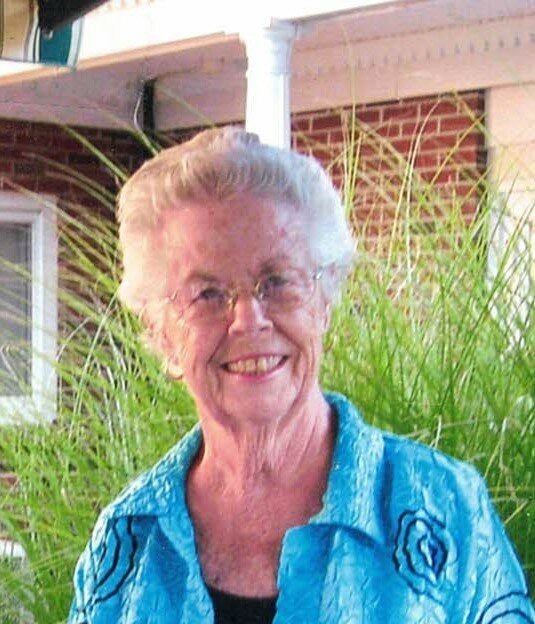 Harriett Helen Flavell Duff, age 84, of Manchester, CT, died on Monday, April 18, 2022.  Harriett was born on August 20, 1937, in Manchester, CT and was the daughter of the late Helen and Henry Flavell.  She graduated from Manchester High School in 1955.

Harriett had an immense love for her family, her friends, and her life in Manchester.  Indeed, her relationships were her life’s true joy. She was predeceased by her beloved husband of 58 years, Lawrence (Larry) Duff, Sr.  She is survived by her sons and daughters-in-law, Lawrence Duff Jr. and Holly Massett of Takoma Park, MD and Paul and Jill Duff of Manchester, CT.  She also is survived by five grandchildren who she treasured dearly -- Ryan and his wife, Jamila, Matthew and his partner Lauren, Megan, Jenna, and Sophia, and her great granddaughter, Vera Elizabeth (of Ryan and Jamila).  Harriett is also survived by her dear sister and brother-in-law, Janet and Harvey Wahnquist.  Harriett thoroughly enjoyed and loved her large extended family, including numerous nieces and nephews and their families.

As generations changed, Harriett became a Duff family matriarch and Christmas Eve at her house was not to be missed!   Harriett’s passions also included the UConn women’s basketball team for which she was a longtime season ticket holder, and her lifelong church, Center Congregational Church of Manchester, where she was a member of the choir.  She had a strong and loyal work ethic and was employed at Pratt & Whitney, Manchester Memorial Hospital, and the Savings Bank of Manchester.

Harriett will be truly missed by all who knew her, and her deep love and faith will always define her in our hearts.  All are invited to greet the family at the John F. Tierney Funeral Home, 219 West Center Street, Manchester, CT, Friday, April 22, 2022, from 4-7 p.m.  Funeral services will be held at 11 a.m. on Saturday, April 23, 2022, at Center Congregational Church (11 Center Street, Manchester, CT), with a reception to follow at the church. Burial will be private and at the convenience of the family.

Memorial contributions may be made to Center Congregational Church of Manchester in memory of Harriett.

To send flowers to the family or plant a tree in memory of Harriett Duff, please visit Tribute Store
Friday
22
April

Share Your Memory of
Harriett
Upload Your Memory View All Memories
Be the first to upload a memory!
Share A Memory
Send Flowers
Plant a Tree