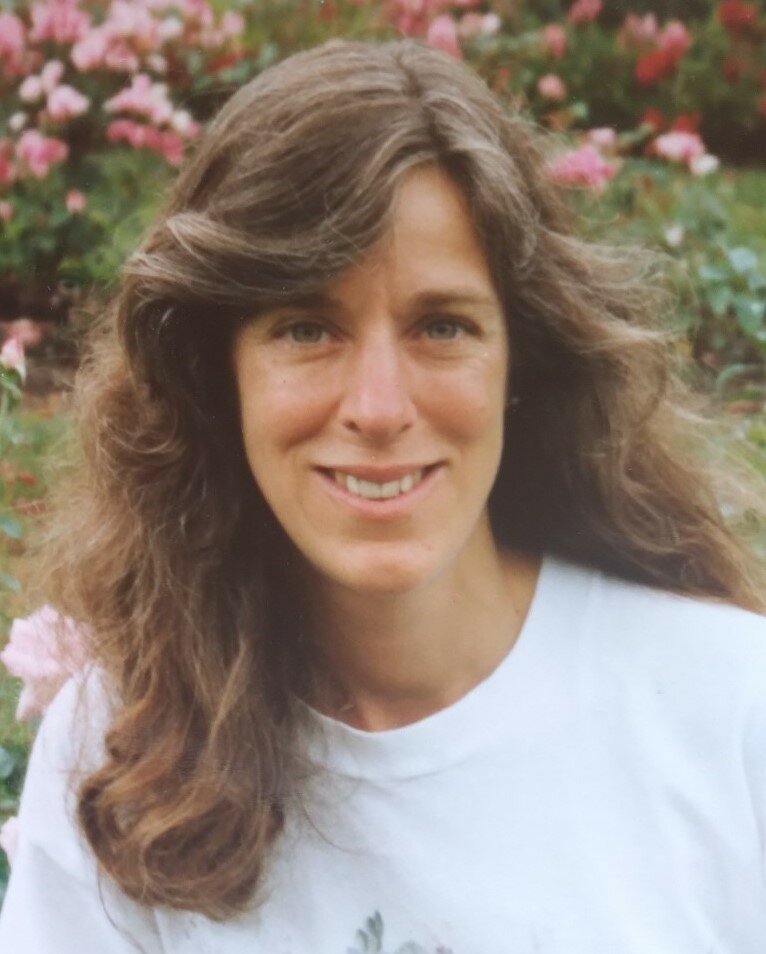 Please share a memory of Janet to include in a keepsake book for family and friends.
View Tribute Book

Janet Lynn Zemke Burrell passed away peacefully in her home with her husband John Burrell by her side and surrounded by family on April 27th after a long battle with early-onset Alzheimer’s disease.

Jan was born in Manchester, CT on October 23rd, 1956 to Tom and Jane Zemke (McNamara). She grew up in a loving household with her older siblings Barbara and Mike where she quickly developed a reputation for being kind, caring and free-spirited. Jan became a staple in the community by babysitting many of the local children and was able to save enough money to buy her own record player and fund her first of two cross-country trips with her lifelong friend Kimberly.

Jan never let her hippie tendencies get in the way of her work ethic though. She married her husband John in 1982 and together they started a successful business testing drinking water around Eastern Connecticut. Jan then went back to school to get her bachelor's degree before starting her own company, TNC water testing, doing state quarterly testing for businesses in the area.

Work never got in the way of family however as she always put family first. She gave birth to two sons, Matthew and Kevin, to whom she was completely devoted and forever proud. She used her role as a mother, aunt, and grandmother to teach kindness, joy and service to others. Jan was also a loyal daughter and her love for exploration inspired her parents to travel and she accompanied them on many trips. She visited 49 states in total and could be as comfortable walking barefoot on the beautiful beaches of Vieques with her sister as she could be taking in the sights and sounds of Port-au-Prince. Her best memories were always from yearly family trips to Cape Cod, Squam Lake and her favorite place, Nubble Lighthouse in York, Maine.

Jan will be immensely missed by her family and all those who knew her and is welcoming those who passed before her with her perpetually warm smile. She received so much excellent care during the last seven years and a special thanks to her caregivers Delores, Marci, Eva, and so many others who helped prolong her quality of life.

A memorial service to celebrate Jan’s life is planned at a later date. Donations can be made in her name to the Alzheimer’s Association at www.alz.org.

To send flowers to the family or plant a tree in memory of Janet Burrell, please visit Tribute Store

A Memorial Tree was planted for Janet
We are deeply sorry for your loss ~ the staff at John F Tierney Funeral Home
Join in honoring their life - plant a memorial tree
Services for Janet Burrell
There are no events scheduled. You can still show your support by sending flowers directly to the family, or planting a memorial tree in memory of Janet Burrell.
Visit the Tribute Store

Share Your Memory of
Janet
Upload Your Memory View All Memories
Be the first to upload a memory!
Share A Memory
Send Flowers
Plant a Tree