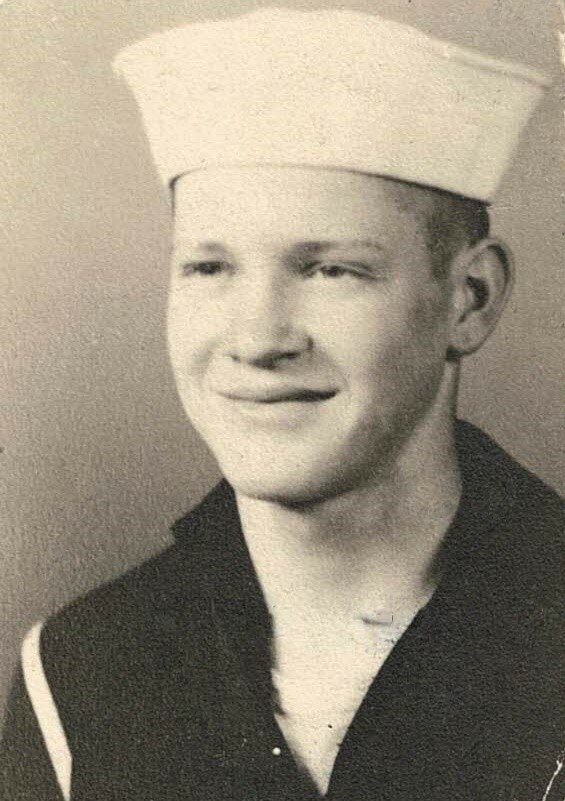 Bernard Joseph Brennan "Bernie," 96, died on May 11, 2022. Born in Oswego, NY he was predeceased by his sisters Marie and Anne and his son Richard.

Bernie was proud of having served in the US Navy during World War II as Radioman 3rd Class aboard the USS Rolette (AKA 99) and LCT R-483 rocket launcher including off-shore participation in the D- Day Normandy invasion along Omaha Beach.

He received medals for the American Theatre, Victory, European Theatre, Asiatic Pacific Theatre, Philippine Liberation, 2 bronze stars, and 5 campaign ribbons; however, his most memorable award was being made a Chevalier of the French Foreign Legion.

He had been a member of the American Legion and VFW and is listed on the wall of honor in the Navy Museum in Washington DC.

As a proud veteran he campaigned for US flags on Main St, and through that experience became dear friends with the folks at Manchester town hall, especially "the girls" in customer service and former town manager.

Bernie graduated from Porter & Chester and worked in tool design at Pratt & Whitney for 37 1/2 years.

Many thanks to all those with whom he shared his life and for caregivers at Manchester Manor and Visiting Nurse in Vernon.

"If you've got your health, you've got everything. If you have enough, you're rich."

The family invites you to join them at John F. Tierney Funeral Home, 219 West Center St, Manchester, CT on Monday July 11, 2022, for calling hours 9-10:30 AM followed by a memorial service at 10:30, then military burial at Hillstown Rd Veterans Cemetery. Reception to follow.

To send flowers to the family or plant a tree in memory of Bernard Brennan, please visit Tribute Store
Monday
11
July

Share Your Memory of
Bernard
Upload Your Memory View All Memories
Be the first to upload a memory!
Share A Memory
Send Flowers
Plant a Tree