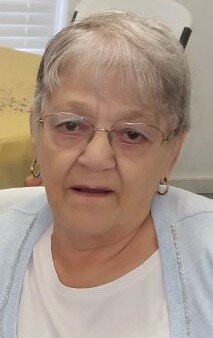 Obituary of Theresa A. Wisienski

Theresa Wisienski, 87, entered eternal rest and peace on Sunday, May 15, 2022, at Crestfield. She was born in Hartford, CT on July 22, 1934, a daughter of the late Leonard and Josephine (Pandiscia) Deturi. She was educated in East Hartford and later married “Luis” Andrew Wisienski and began raising their four children.

Theresa worked for many years in the insurance industry, primarily as a customer service representative. She retired from Travelers in 1993, after dedicating over 20 years with the company. Theresa enjoyed traveling to the casino’s and loved spending time at the slots at Mohegan Sun and Foxwoods.

Funeral services will be private at the family’s request and if friends desire, memorial contributions may be made in Theresa’s name a charity of one’s choice.

The John F. Tierney Funeral Home is assisting the family with funeral arrangements.

To send flowers to the family or plant a tree in memory of Theresa Wisienski, please visit Tribute Store

A Memorial Tree was planted for Theresa
We are deeply sorry for your loss ~ the staff at John F Tierney Funeral Home
Join in honoring their life - plant a memorial tree
Services for Theresa Wisienski
There are no events scheduled. You can still show your support by sending flowers directly to the family, or planting a memorial tree in memory of Theresa Wisienski.
Visit the Tribute Store

Share Your Memory of
Theresa
Upload Your Memory View All Memories
Be the first to upload a memory!
Share A Memory
Send Flowers
Plant a Tree